On June 3, the chairman of the Board of directors of the hockey club «Avangard» Alexander Krylov raised the club’s championship flag above the site «Arena Omsk». Together with him the symbol of new victories was announced by the pupil of the Academy champion of Russia in the 2020-2021 season as part of the team «Avangard»-2004 Gleb Trikozov. The main contractor for the project is the Limak Marash Group of Companies.

The flag with the image of the Gagarin Cup is placed on the site of the club flag raised a year ago on the occasion of the start of construction of the facility. At that time the development of the pit had just begun. And today, a year later, Alexander Krylov, together with journalists, were among the first to rise to a height of 28.20 m - to the site where the installation of the rebar frame of the floor slab of the 6th floor.

Alexander Krylov, Chairman of the Board of Directors of HC «Avangard»:

- On June 10, 2020 here, on the construction site «Arena Omsk», the first test pile was slaughtered. Now we are on the sixth floor. The pace of work is impressive, given the rather heavy winter, when frost reached 30 degrees. Then we did not lose momentum, and we are now in the schedule that allows us to start the KHL championship in Omsk next September.

The Arena is being built for guys like Gleb Trikozov. This is the future of Omsk hockey. He was in the locker room today, and I think he’s already found a place. And if seriously - we count on guys like Gleb, he and other students of our Academy will become the basis of «Avangard». So we invited him to see how the construction was going. Today the wind is strong in Omsk, and the flag was as hard to raise as winning the championship - that to the first team, that to team Gleb - they are also champions of Russia. 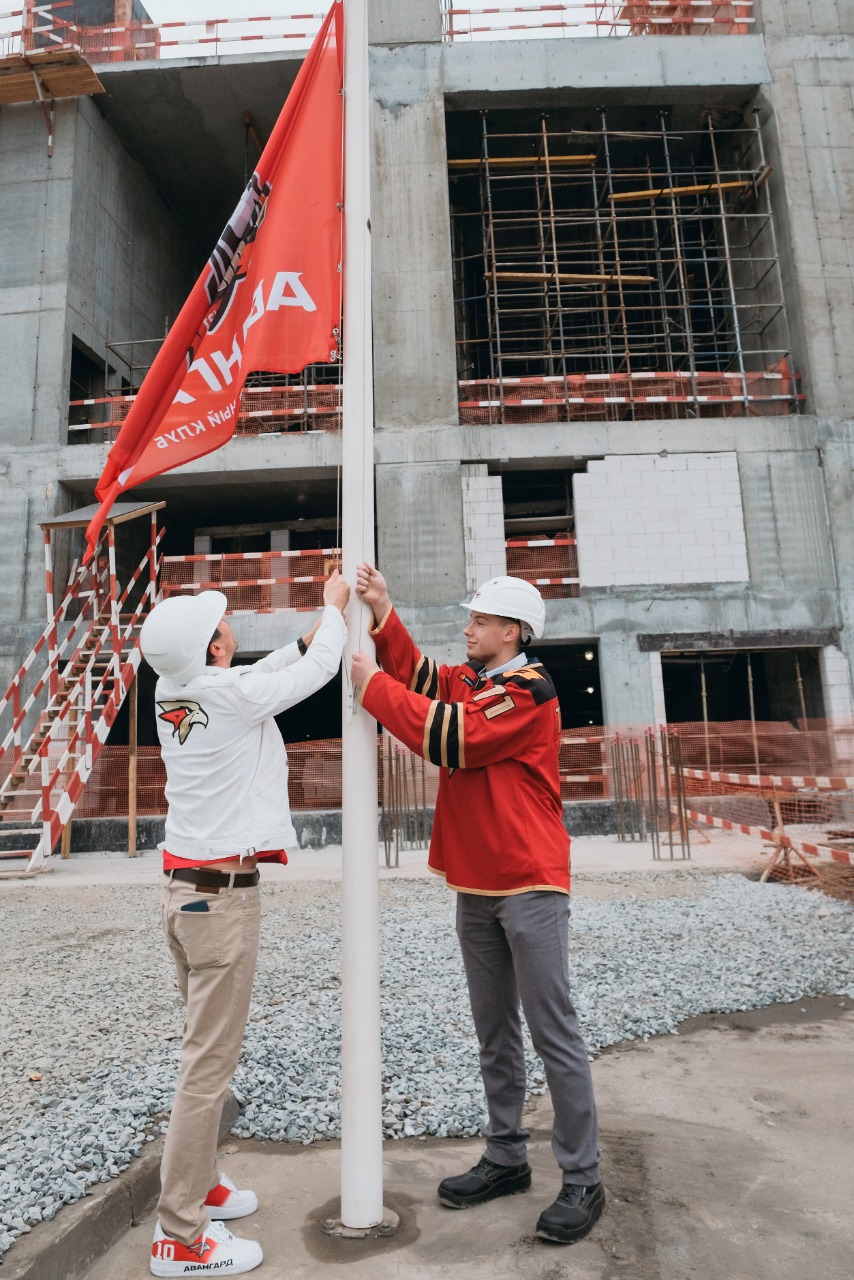 - I really want to play in front of Omsk fans in the form of a youth team, and certainly in the form of «Avangard» in the CHL championship and the Russian national team at the Youth World Championship. I’ll do my best. The conditions are perfect for us, now the arena will be built - only to go out on ice and win! 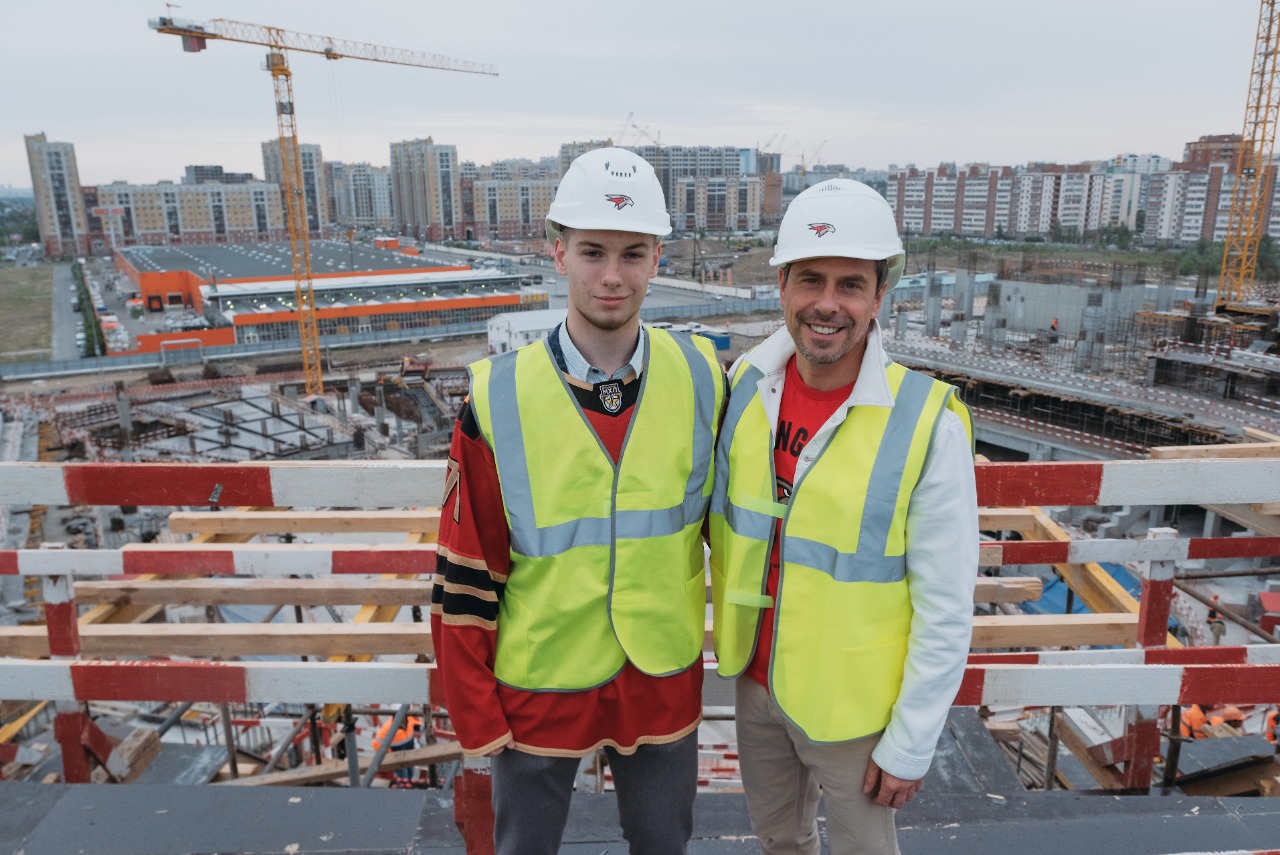 On other sections of the main building «Arena Omsk» LMS specialists continue the arrangement of ceilings, columns and walls on 2-5 floors. The first-tier stands, the internal partitions on the first and second floors and the internal engineering networks are mounted.

A metal frame has been installed at three checkpoints. Stained glass will be installed in June. The construction of reservoirs of storm water is under way. Metallic farms, which will form the roof structure, are collected on temporary supports. Their installation will begin in the second half of June. For this purpose, special multi-ton cranes are being installed at the site.

Limak Marash has established itself as a reliable general contractor for the construction of major infrastructure in Russia. LMS is an internationally recognized team of professionals.

The company’s priorities remain unchanged - high quality of construction and accuracy in realization of the project. 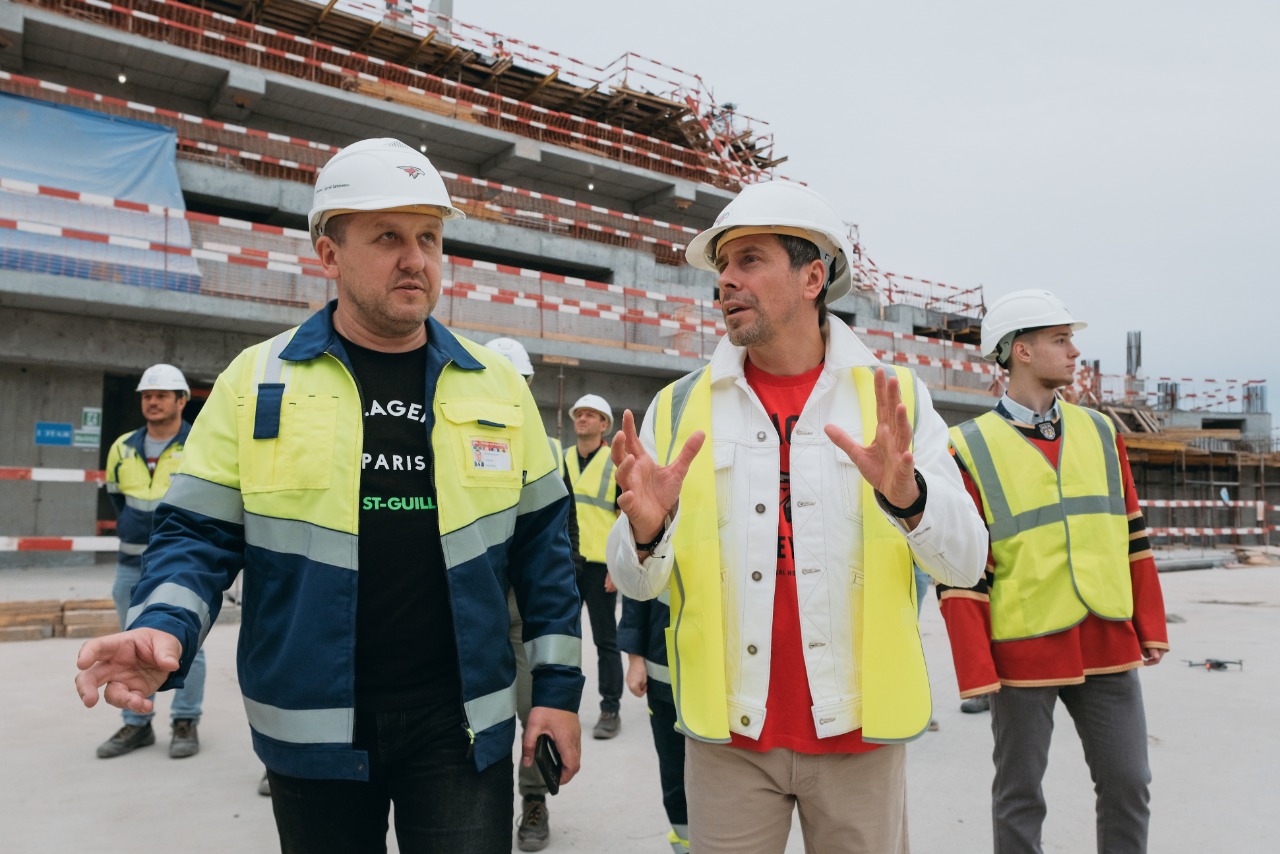