News Construction of a new passenger terminal for international airlines has begun at Khabarovsk airport. The solemn ceremony of laying a commemorative capsule took place

Construction of a new passenger terminal for international airlines has begun at Khabarovsk airport. The solemn ceremony of laying a commemorative capsule took place

The ceremony was attended by Deputy Minister of the Russian Federation Igor Chalik, Acting Governor of the Khabarovsk Territory Mikhail Degtyarev, General Director of the united Far Eastern airline Aurora Konstantin Sukhorebrik, Chairman of the Board of Directors of JSC Khabarovsk Airport Konstantin Basyuk. From the site of the Eastern Economic Forum in Vladivostok, Artem Dovlatov, Deputy Chairman - Member of the Board of VEB.RF, took part by video link.

The total investment in the construction of a new terminal for international airlines (IAL) with an area of ​​20.5 thousand square meters. m will amount to 4.8 billion rubles. The project is being implemented by International Aviation Terminal Khabarovsk JSC (100% subsidiary of Khabarovsk Airport JSC) with the attraction of borrowed funds from leading development organizations - VEB.RF and VEB.DV.

According to the project, the new MVL terminal will enter into a single air terminal complex and will be integrated with the existing building of the passenger terminal of domestic airlines at Khabarovsk airport. It will be possible to get from one building to another in the sterile and common areas of the air terminals. The new terminal of international airlines at Khabarovsk International Airport will be equipped with 2 bridges, 7 lifts for various purposes, 6 escalators, 2 levels of automated baggage handling and 11 check-in counters. The new MVL terminal will be equipped with a modern checkpoint at the state border of the Russian Federation. Particular attention was paid to the design to comply with the conditions of the «Accessible Environment». The capacity of the new terminal will make it possible to serve up to 1 million international passengers annually in accordance with modern standards.

The general designer of the project is DC Consultants LLC, the general contractor for the construction is Limakmarashstroy LLC.

«Transport is one of the most important aspects in solving state tasks to ensure decent living conditions in the Far East. Today, the list of priority projects for the development of the region's transport infrastructure will expand with another large project. The appearance of a new terminal for international airlines will undoubtedly support the business activity of the Khabarovsk Territory, increase its investment and tourist attractiveness. I am sure that the construction will be completed on time, and I would like to wish success to the investors, the contractor and all the project participants, «said Igor Chalik in his welcoming speech.

«This project is very important for our region. With its appearance, the region's air traffic with foreign countries will develop more effectively. We attract funds from the leading development organizations of the country - VEB.RF and VEB.DV. The airport is part of the Khabarovsk priority development area. Its residents receive preferential rates on income taxes, property, land and insurance premiums. It will also help to implement such a large-scale project on the territory of the region, «noted Mikhail Degtyarev.

«Construction and modernization of the airport infrastructure is one of the important activities of VEB.RF. Such projects help to increase the investment and tourist attractiveness of the regions and increase the transport mobility of the population. Earlier, with the financial support of VEB.RF, a new terminal for domestic airlines was opened in Khabarovsk, which is capable of serving up to three million passengers annually according to the most modern standards; now the airport will be able to provide high quality services on international routes, «said Artem Dovlatov.

«The aviation industry is developing at an accelerated pace. We are opening new directions, introducing affordable tariffs, increasing mobility and accessibility for the population of the Far East. And comfort and convenience when flying is of great importance. The construction of a new terminal for international communications is a landmark event not only for the Khabarovsk Territory, but also for the region as a whole. I am sure that, along with the new terminal for domestic airlines, the international terminal will contribute to the attractiveness of the region in the business and tourist world, as well as to increase the passenger traffic of Khabarovsk airport, «emphasized Konstantin Sukhorebrik.

«Together with partners - development organizations VEB.RF and VEB.DV, designer - DC Consultants, general contractor - LimakMarashStroy, with whom we have built a modern terminal for domestic airlines, Khabarovsk Airport continues to implement priority investment projects for the development of air terminal infrastructure. We plan that in 18 months the new terminal will meet the first passengers of international flights. Starting construction today, when pandemic restrictions on international air traffic are still in effect, we are working for the future, so that with the resumption of flights, Khabarovsk residents, guests of the region can travel with maximum comfort and according to the most modern standards, through a beautiful and convenient terminal. And we very much hope that the new international airport terminal will become the same point of attraction for Khabarovsk and its residents as the terminal for domestic lines, «said Konstantin Basyuk.

After the ceremony of laying the capsule, the Chairman of the Board of Directors gave the command to start the main construction phase.

It is planned to put the new passenger terminal of Khabarovsk airport into operation at the end of the 2nd quarter of 2023. 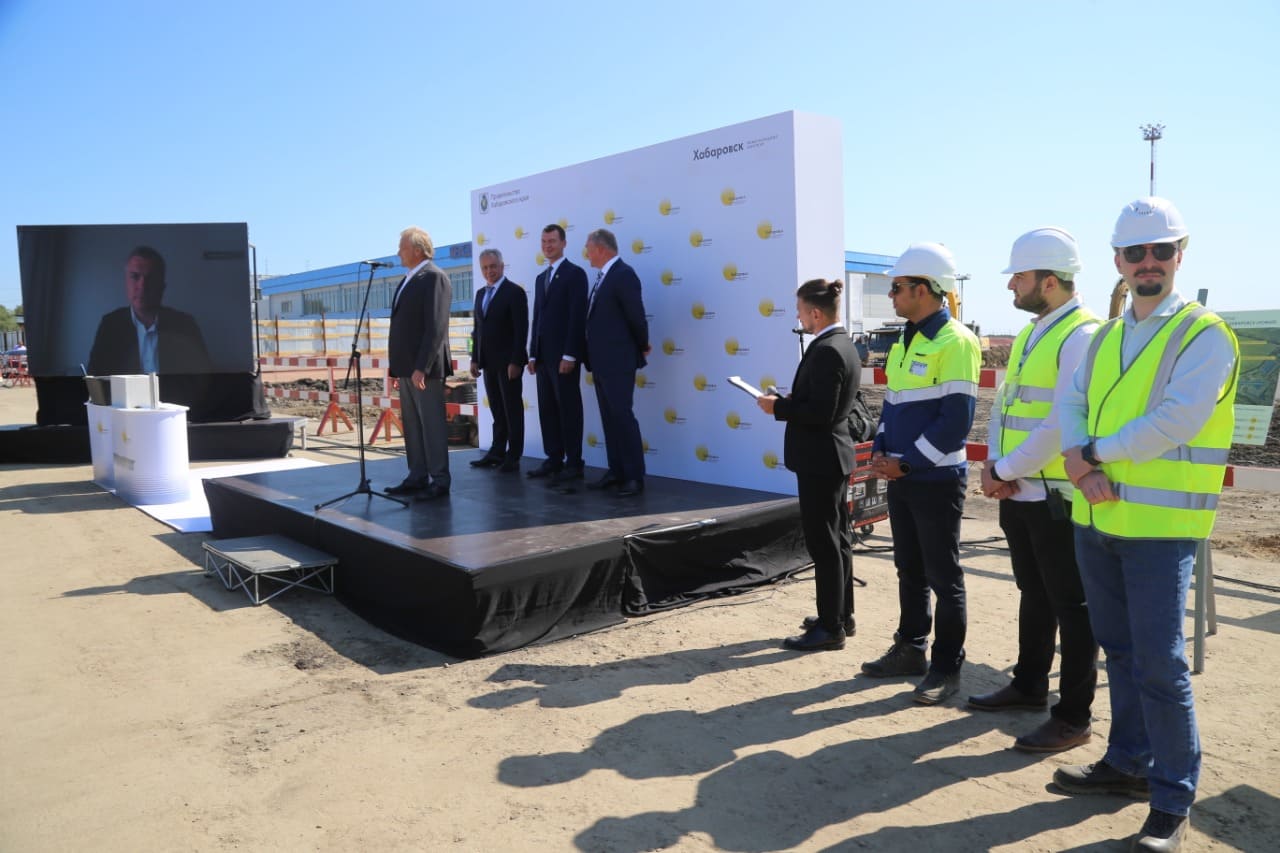 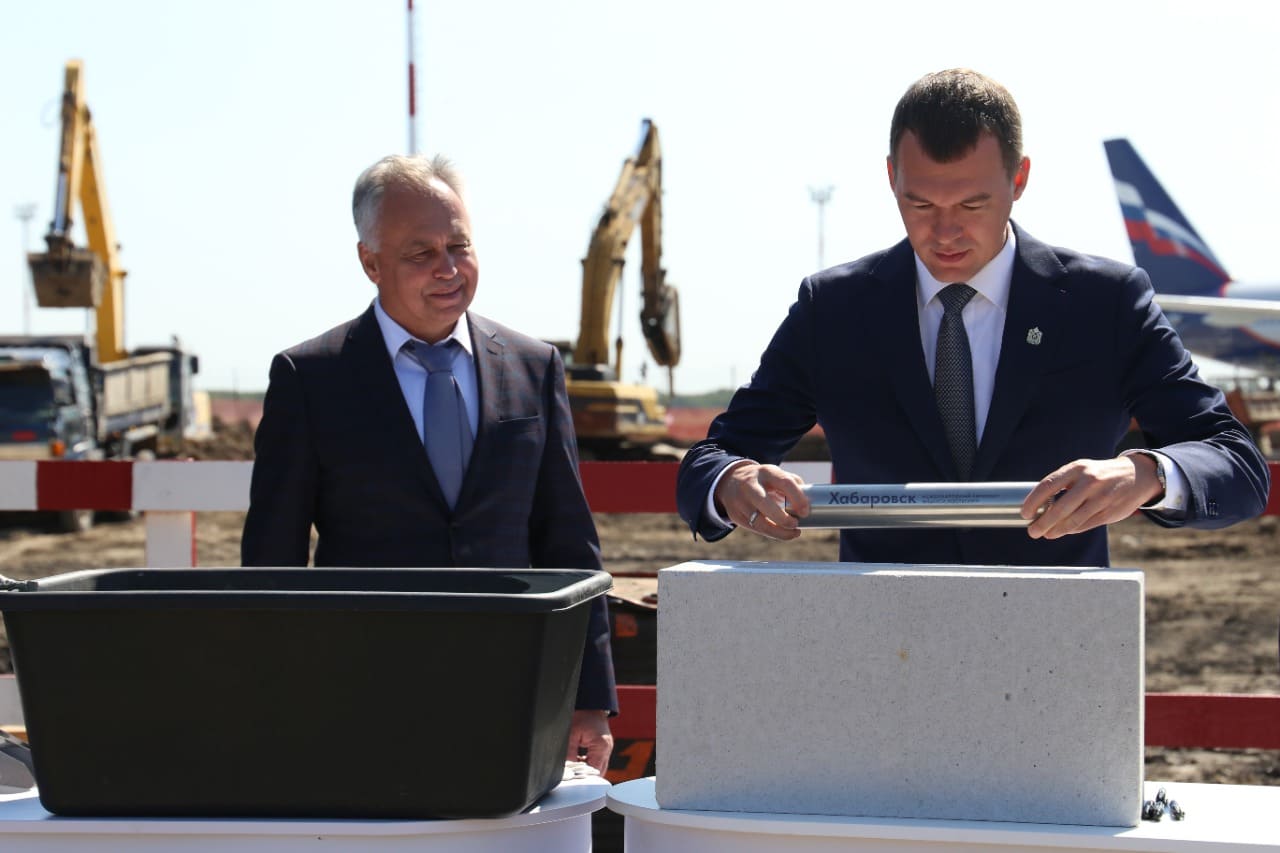 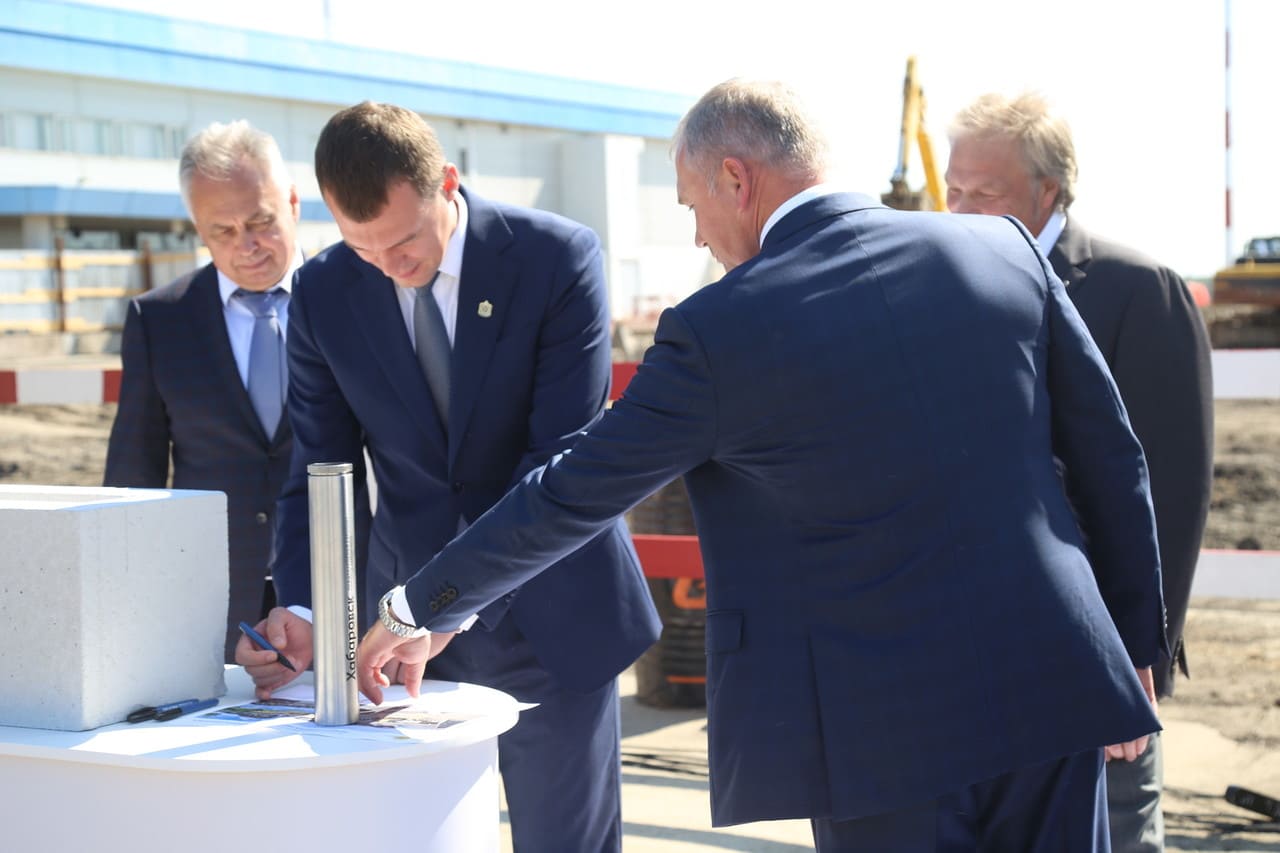 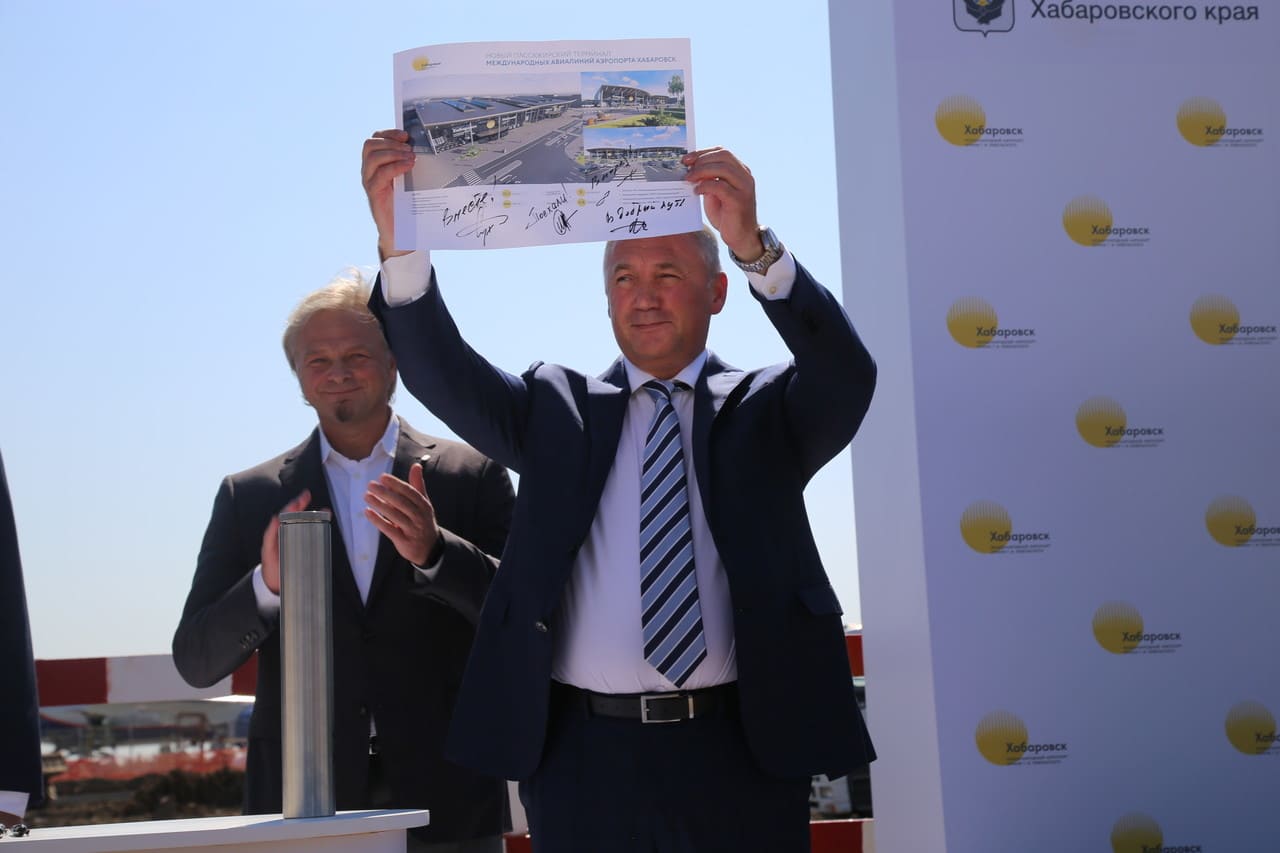 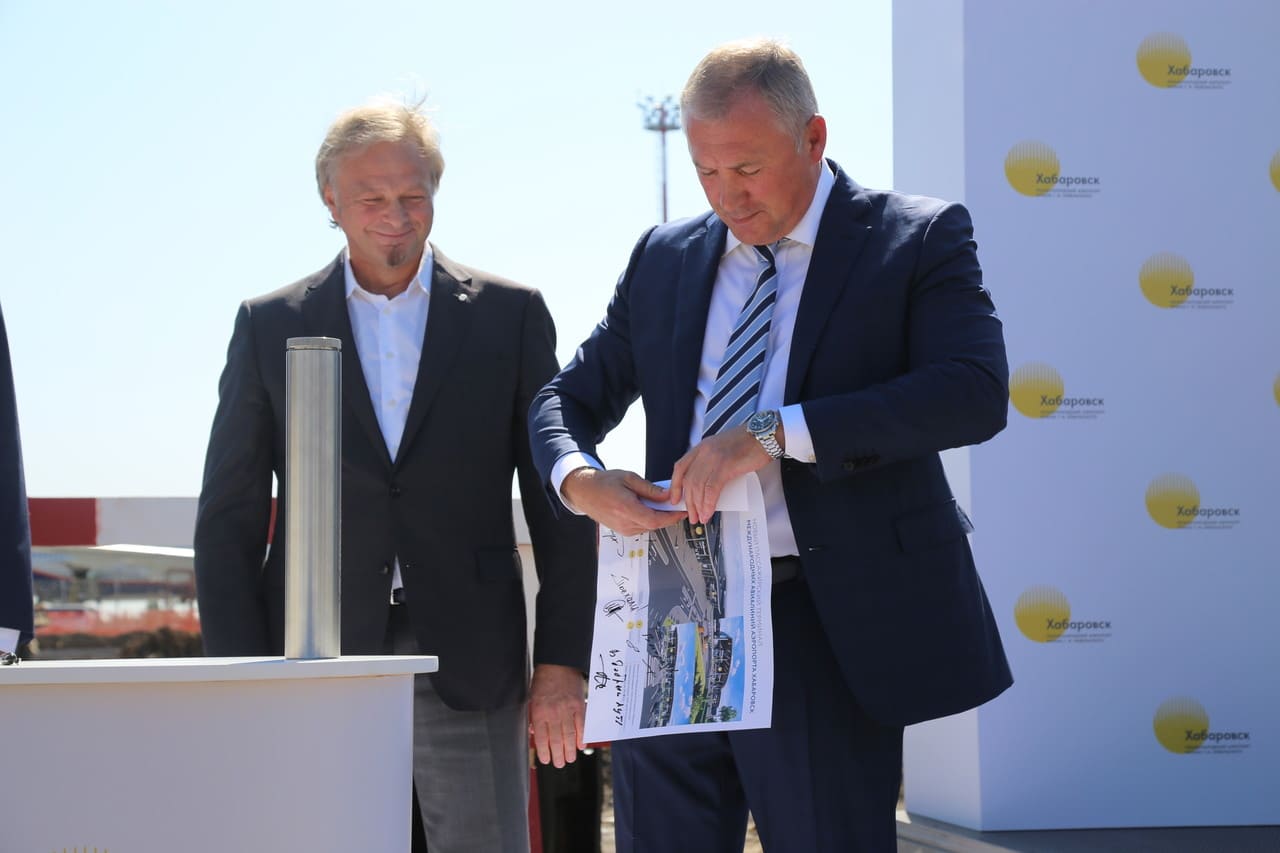 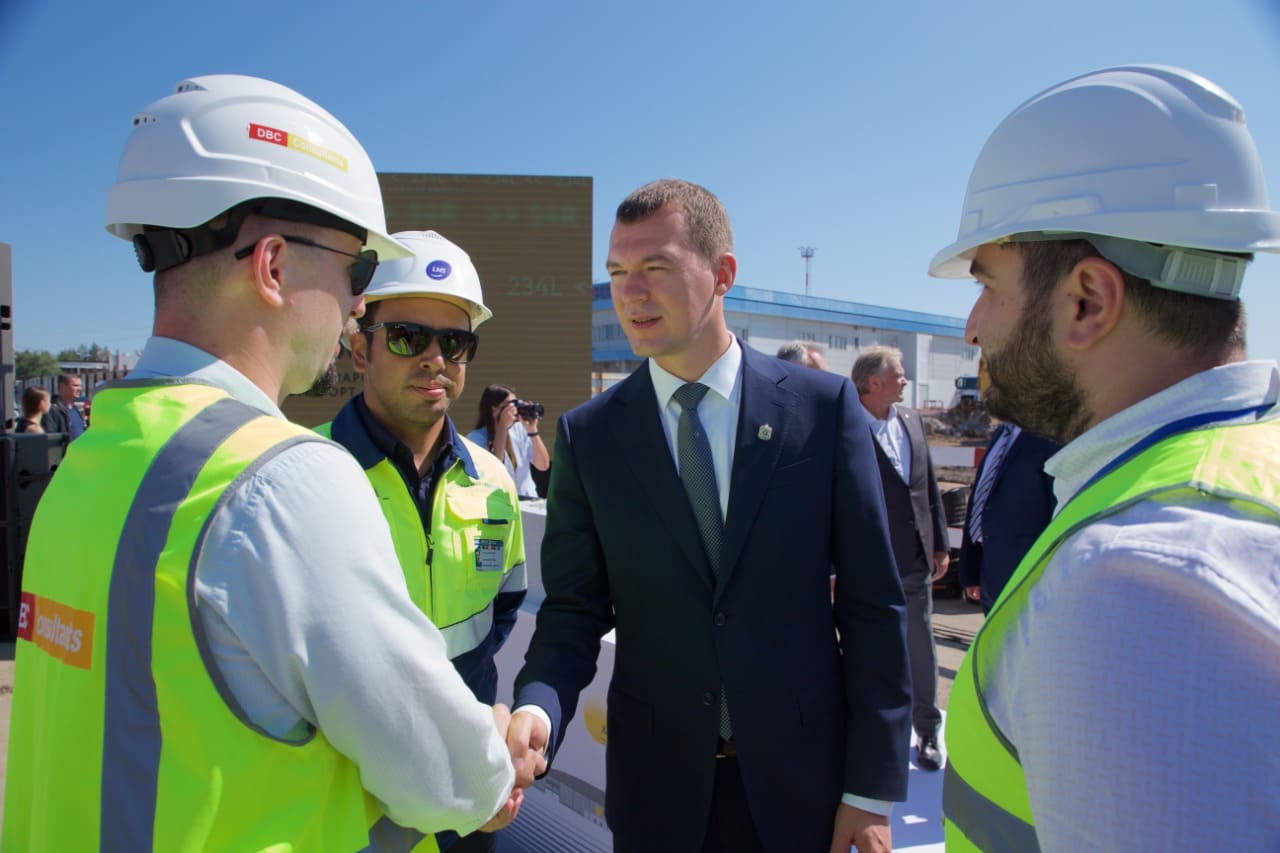 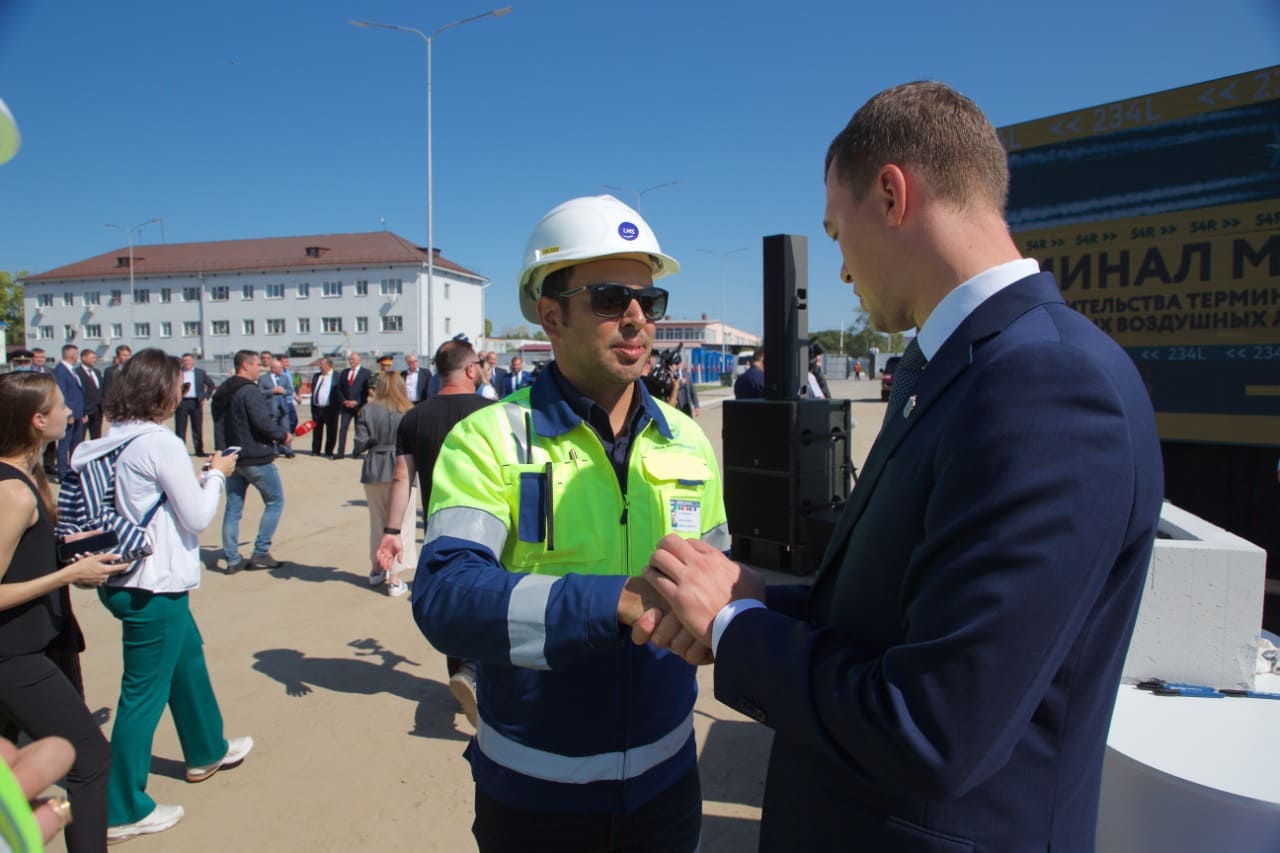