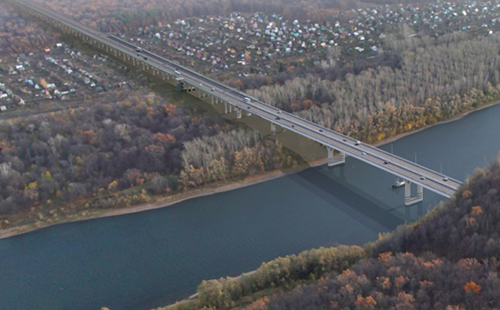 «Turkey’s Limak İnşaat has acquired a 49% stake of LLC «Bashkir Concession Company», based for membership in concession for construction of the Eastern Exit from Ufa – toll road project, transport corridor between federal highways M5 and M7», - Interfax reports with reference to VTB Capital.

«Bashkir Concession Company» and LLC «LIMAKMARASHAVTODOROGI» (part of the Limak Group) signed the contract for engineering and construction of the Eastern Exit from Ufa. According to the data from VTB Capital, full construction will be started after receiving of financial closing and project approval on the part of Federal Autonomous Organization «GlavGosExpertise of Russia».

Eastern Exit is the largest investment infrastructure project in the Republic of Bashkortostan with a total cost value of 29 billion rubles. Concession period will be 25 years.

The project contains construction completion of a 1,2-kilometer tunnel (it has been under construction since 1992) as well as construction of bridge crossing and viaducts amounting 2,5 kilometers in total and a highway of 14 kilometers length. Moreover.