News Construction in Kemerovo is progressing according to schedule

Construction in Kemerovo is progressing according to schedule

In October, works of the reinforced concrete monolithic frame of the building on the construction site were completed. Today builders are engaged in roofing namely: the installation of metal structures and the arrangement of a profiled sheet.

At the same time installation works of glazing elements for facades of the future airport terminal began at the construction site. The builders also closed the building`s outline with temporary panels to prepare for interior works during the winter months. 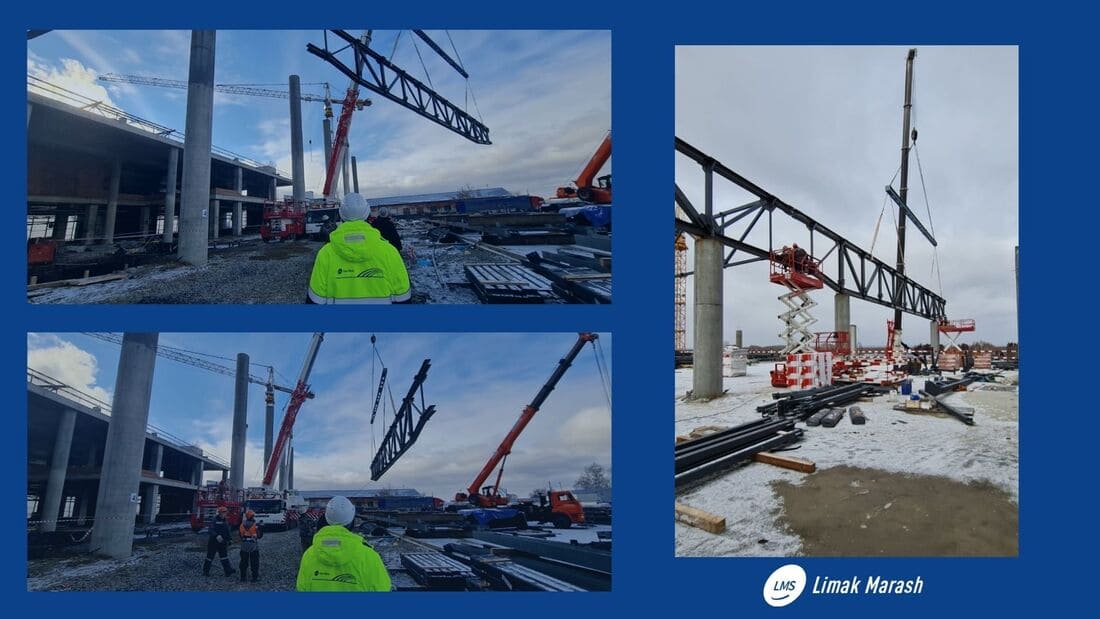 Works on the laying of external networks is coming to an end. More than 450 people are involved in the Kemerovo International Airport construction.

Let us remind you that the modern air terminal will enable doubling the airport`s capacity and will completely update the infrastructure. The interior of the terminal will be decorated in a space theme, as the airport itself bears the name of the legendary pilot-cosmonaut Alexei Leonov. It is planned to put the new terminal into operation in the spring of 2021 and to time its commissioning to the celebration of the 300th anniversary of Kuzbass.