News The active phase of the «Arena Omsk» construction has started

The active phase of the «Arena Omsk» construction has started 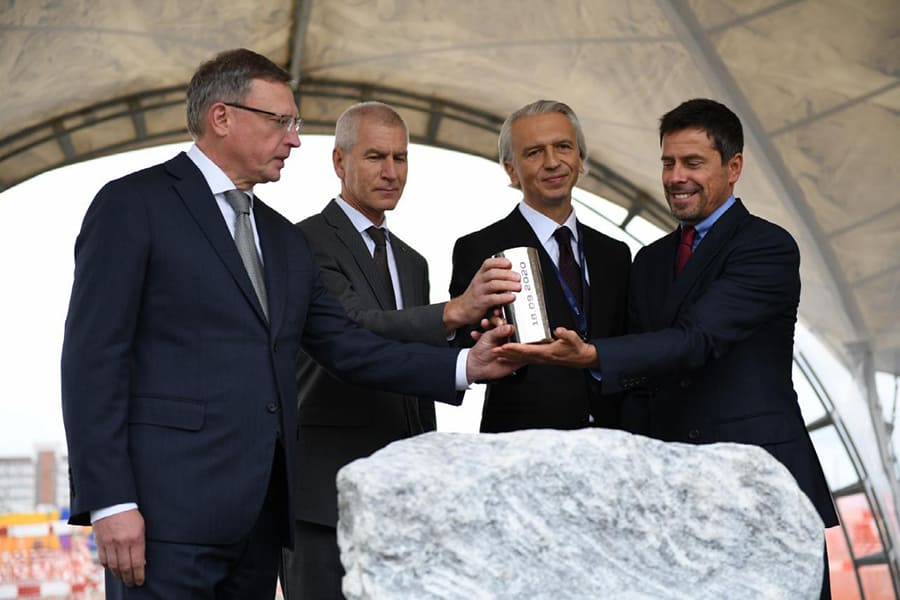 The concept of the new arena takes into account experience of the best modern sports facilities in the world: a two-tiered circular atrium with a high visibility and powerful acoustics, a complex of spectator activity zones, a multimedia facade. The main idea of ​​the architects of the future «Arena Omsk» was multifunctionality - the site can be transformed for holding competitions in various sports, concerts and cultural events. Special attention is paid to development of a modern public space for Omsk residents around the sports complex. 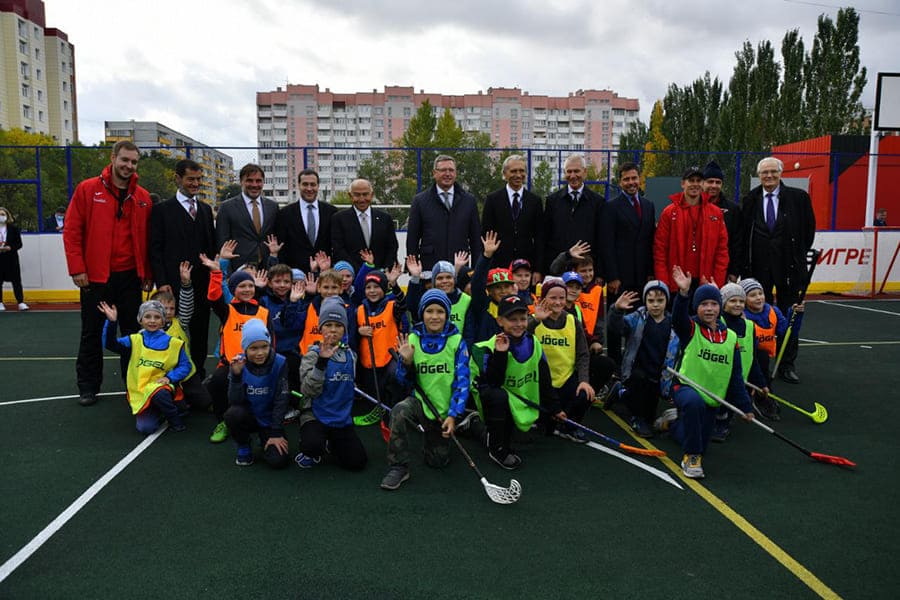 The construction of Arena Omsk is carried out within the framework of a public-private partnership between Gazprom Neft, the government of the Russian Federation and the government of Omsk region. The general contractor of the facility is a large construction group of companies LIMAKMARASHSTROY. The new «Arena Omsk» will be the venue for the World Youth Hockey Championship (December 2022 - January 2023). 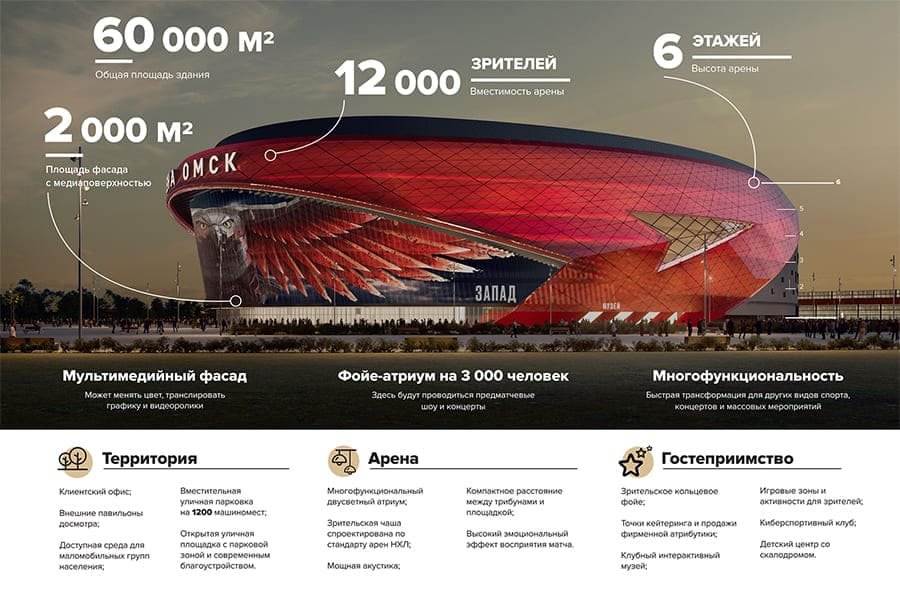 Alexander Dyukov Chairman of the Management Board of Gazprom Neft: Gazprom Neft, as the largest social investor in Omsk Region, continues to develop the region's sports infrastructure. The completion of the high-tech construction and comfortable ice complex will make it possible to form a modern hockey cluster in Omsk, which will include a professional club, a new spacious arena, an academy for children and young people and a street network of sports grounds, which today already includes 35 hockey rinks. Such a systematic approach to the development of hockey will ensure the growth of the popularity of this sport in the region, and will also allow finding and training talented players of national and international level. «

Oleg Matytsin, Sports Minister of the Russian Federation: «Hockey is more than a sport. He has glorious traditions, culture and great potential for nurturing our young talents and, most importantly, for children. Therefore, «Arena Omsk» is not only a subject of increased attention. For us, this project is both participation as a partner in the creation of a modern Omsk region infrastructure, and a demonstration that today all of us - the state, business partners, leaders of the subjects of the Federation are together and we can and should do everything necessary for our country to be proud of her athletes. The new project accumulates the most modern technologies in terms of comfort, accessibility and conditions that have been created. I hope that in the very near future we will witness the opening of Arena Omsk for athletes and fans. «

Serdar Balzhaksyz, Chairman of the Board of Directors LIMAKMARASCHSTROY: «Our company is a reliable partner in the construction of infrastructure facilities of social importance in Russia and in the world. «Arena Omsk» multifunctional sports complex сonstruction is a priority project for us, in this regard, an international team of professionals works at the facility. The first concrete is poured into the base of the building. Thanks to the support of the authorities and Gazprom Neft, the construction of the facility is being carried out in strict accordance with the schedule. « 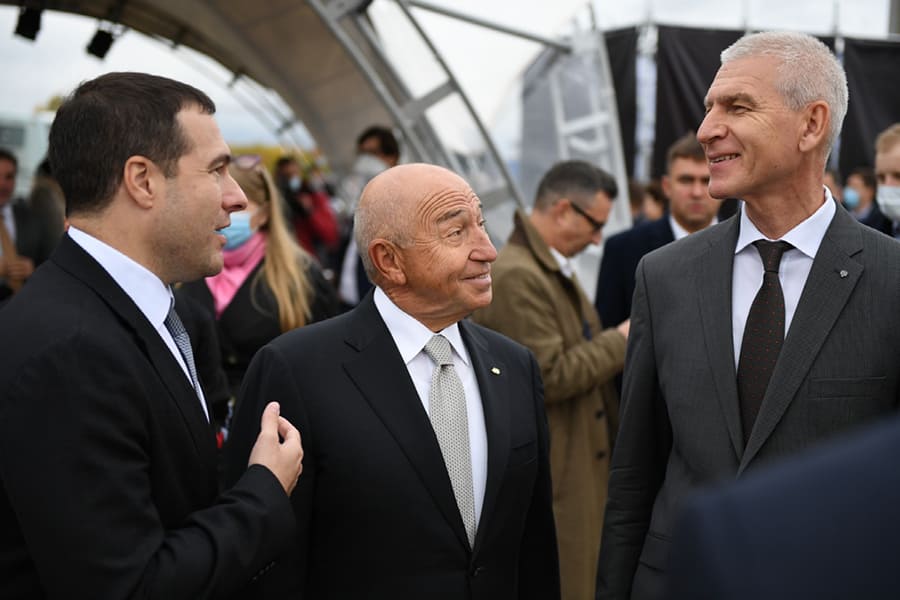 «Arena Omsk» is a six-storey building with an area of ​​over 60 thousand m2, designed for 12 thousand spectators. The spectator bowl is designed according to the NHL standard: the steep angle of the stands relative to the ice creates high visibility and powerful acoustics, which enhances the emotional effect of the match perception.

The arena will become the main element of the modern training system for young hockey players. In November 2019, the Central Sports Complex of the Avangard Hockey Academy was opened in Omsk. Open hockey rinks are being built and free of charge athletics classes are operating at secondary schools in Omsk with the assistance of Gazprom Neft.