By August, 3rd testing of 34 piles will have been finished. The results of testing confirmed a heavier possible load on a pile than it was designed. Piling field arrangement of "Arena" sport complex main building is being performed ahead of schedule. During the period between July,25 and July, 31st 201 piles were driven. Totally more than 650 piles are driven for now.

At present works for utilities network relocation and infrastructural piping are being performed.

In June 2020 construction works for multi-functional sport complex "Arena" in Omsk were started. The project will be commissioned in 2022. New sport complex will become one of the platforms for holding Junior World Hockey Championship which will take place in December 2022-January 2023. 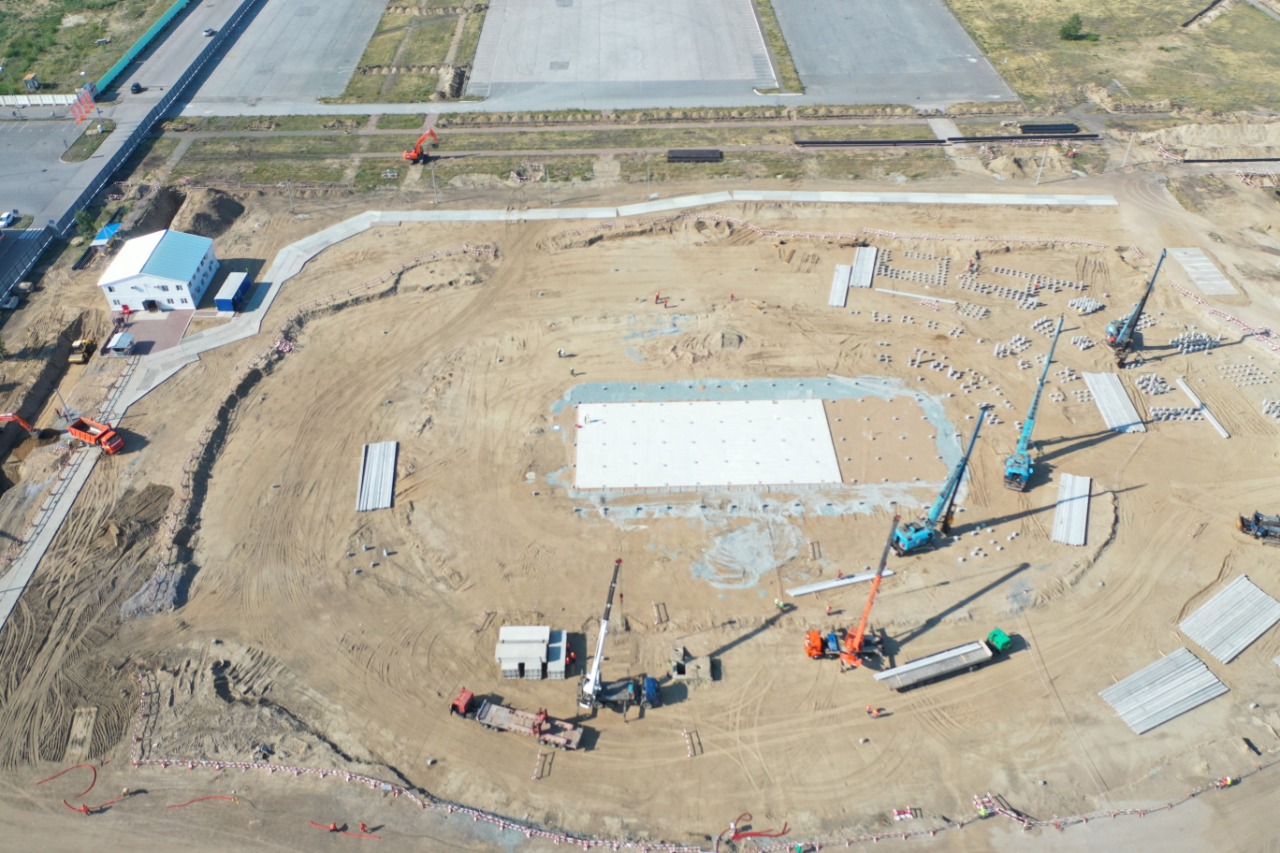 On June 11th, general contraction contract was signed for construction of "Arena -Omsk". The site is located in 35 Lukashevich str.

As LIMAKMARASHSTROY strategy development director Selcuk Karadzha remarked, " Construction of this project is performed ahead of schedule. Temporary site fencing works are already finished. Road plates laying for temporary site roads are in process. Foundation for canteen is done and now steel structures are being mounted", Selcuk Karadzha added.