News Publication in the magazine «Architecture and Construction»

Publication in the magazine «Architecture and Construction»

The magazine «Architecture and Construction» published news about LMS, timed to coincide with the Builder's Day.

Infrastructure, road and industrial construction are the most important sectors of the Russian economy. National projects set ambitious goals for the modernization of the road network, the construction of airports and various industrial enterprises. 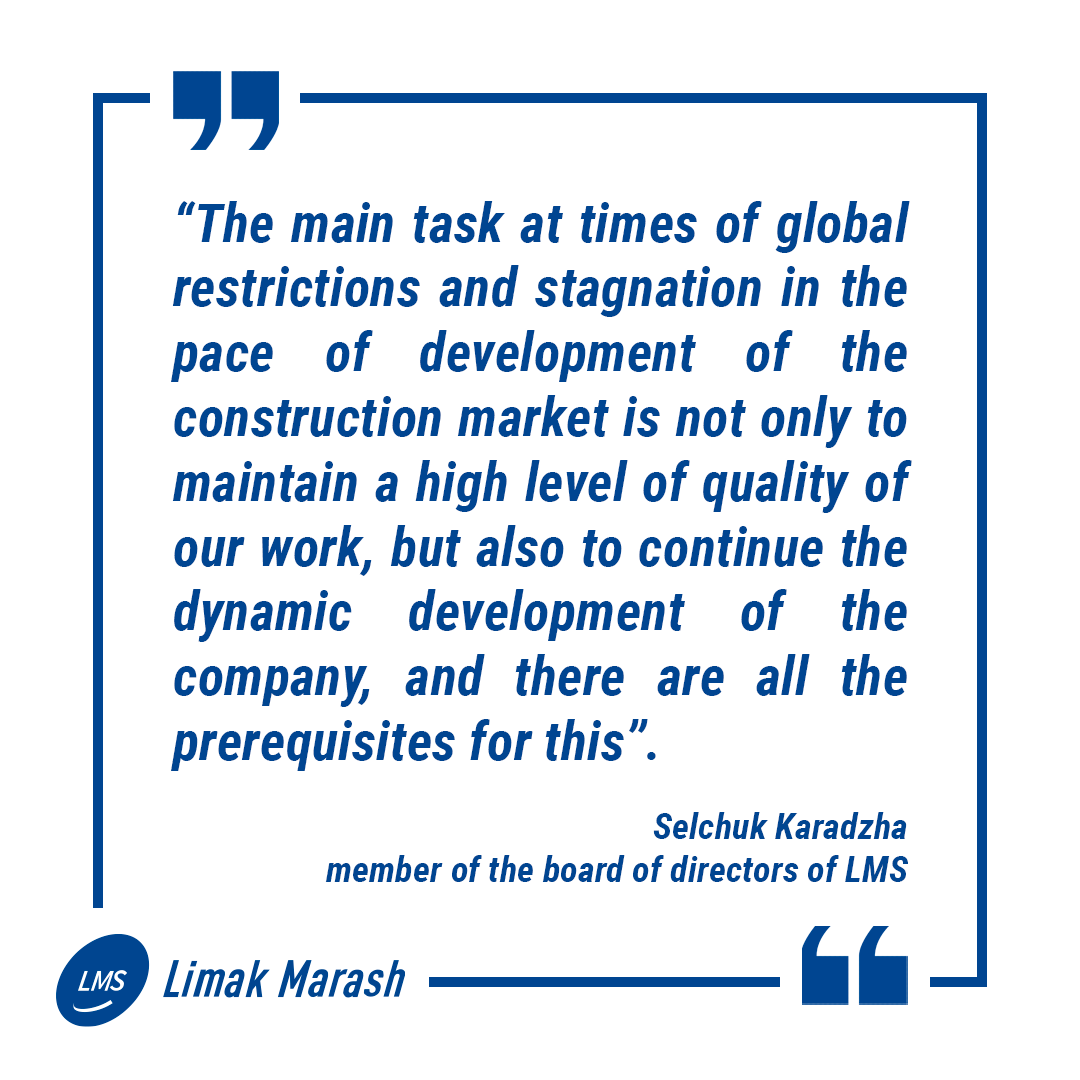 To achieve the stated goals, it is necessary to attract contractors who have experience in the construction of complex modern facilities. Our company is known for its work on the largest construction projects in the country, including international airports, world-class sports complexes, modern shopping and cultural centers.

In December 2017, the Platov international airport complex was put into operation in Rostov-on-Don. Also for six years our company has implemented such large projects as the construction of international airports in Volgograd, Khabarovsk, Chelyabinsk and Kemerovo (opened for the 300th anniversary of Kuzbass), as well as the construction of the Stolitsa shopping center in Moscow.

Today, our team of highly qualified professionals is implementing 7 large construction projects in the regions of the country: shopping centers in Moscow and Perm, the Symbol residential complex in Moscow, the building of the Perm State Art Gallery, the new passenger terminal of the airport in Novy Urengoy, the eastern exit to the federal highway M- 5 Ural in Ufa. For the Youth World Ice Hockey Championship in 2023, LMS is building a multifunctional sports complex «Arena» in Omsk.

Selchuk Karadzha, member of the board of directors of LMS:

«The main task at times of global restrictions and stagnation in the pace of development of the construction market is not only to maintain a high level of quality of our work, but also to continue the dynamic development of the company, and there are all the prerequisites for this».