The Arena construction place was visited by the First Deputy Minister of Sports of the Omsk Region Andrei Khromov, Advisor to the First Vice President of the Ice Hockey Federation of Russia on the construction and operation of sports facilities Ramil Nagimullin and the Deputy Head of the Directorate of Sports Events Alexei Fadin, according to the portal of the Government of the Omsk Region.

The guests got acquainted with the current stage of construction, discussed the technical documents of the facility with representatives of the general contractor.

The construction of the arena is progressing several weeks ahead of schedule; more than 700 people are working at the facility. Construction and installation work is being carried out in parallel at all sites. In accordance with the work schedule, by June 2021, the bearing monolithic reinforced concrete frame of the arena will be installed. In October 2021, the roof covering will be installed. 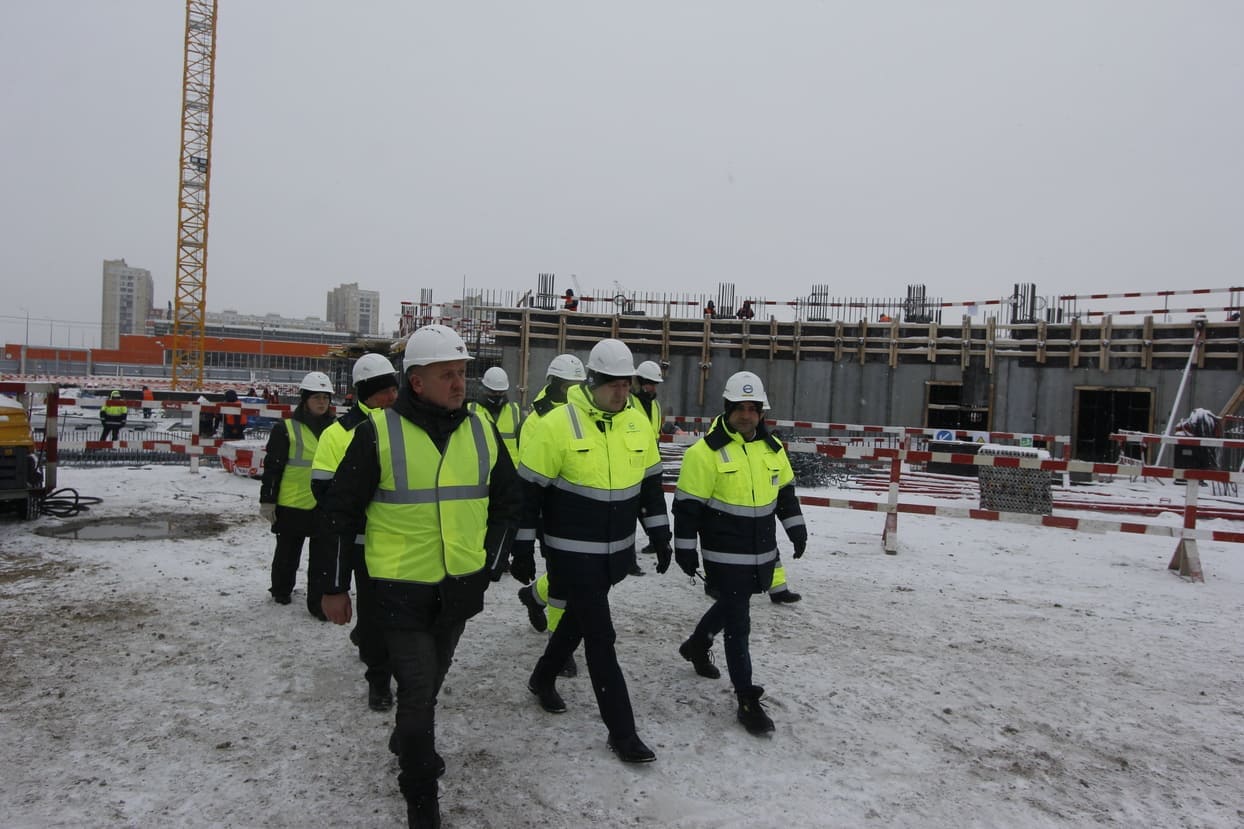 Also, a working meeting was held at the regional Ministry of Sports, where the parties discussed all related aspects that will accompany the commissioning of the Omsk Arena and the maintenance of sports competitions - from Ice Hockey Federation of Russia matches to the games of the 2023 IIHF Ice Hockey U20 World Championship. By the time the facility is launched, the organizers still have to resolve many issues.

Ramil Nagimullin, who has extensive experience in holding world-class events, noted that the information component around the Omsk Arena in the region is very well organized, and the degrees of responsibility between the organizations are clearly delineated.

- In Omsk, meetings of the working groups for the preparation and holding of the World Championship are regularly held, - said Andrey Khromov. - Together with colleagues from other ministries, we are discussing what needs to be done in order to hold the world tournament at a high organizational level.

Implementation of the project of the multifunctional sports complex «Arena» Omsk is managed by the Limak Marash company, which has established itself as a reliable general contractor for the construction of large infrastructure facilities in the regions of Russia.