News Congratulations on the 300th anniversary of Kuzbass

Congratulations on the 300th anniversary of Kuzbass

Today is a great date - the 300th anniversary of the formation of Kuzbass!  Limak Marash Group of Companies is pleased to be involved in a significant event. In May 2021, LMS as a general contractor (the customer is IAC named after A.A. Leonov) successfully completed the construction of a large infrastructure facility of the region - Kemerovo International Airport named after A.A. Leonov, who became a gift for all inhabitants of the region.

The new terminal was completed in 12 months, although owing to the difficulties of the pandemic period, actual activity lasted 8 months. The terminal has been put into operation precisely in time.

LMS congratulates the Kuzbass on the holiday! We wish the region and its inhabitants continued active development and prosperity, achieving the highest goals and working successfully for the benefit of their province!

In the portfolio of implemented projects Limak Marash - construction of international airports in Rostov-on-Don, Volgograd, Khabarovsk, Chelyabinsk, Kemerovo, Novy Urengoy, as well as other infrastructure facilities in Russia. 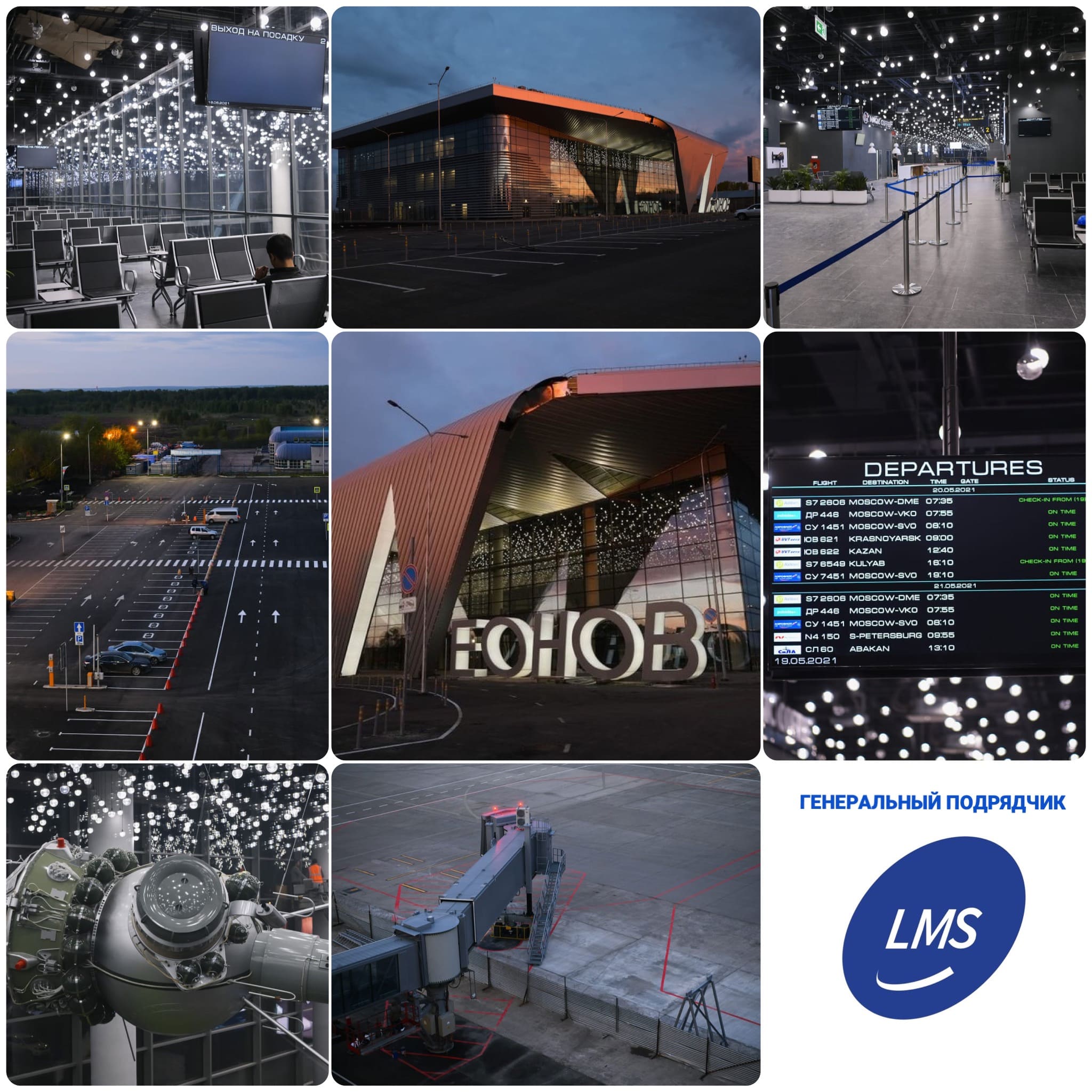