On February 18, a meeting of the federal organizing committee for the preparation for the Ice Hockey World Championship was held under the leadership of Deputy Prime Minister Dmitry Chernyshenko. The current issues of the preparation of the IHWC, including the construction of the multifunctional sports complex «Arena Omsk» – a project implemented by the Limak Marash group of companies, were considered.

«The construction of the multifunctional sports complex Arena is being carried out on behalf of Russian President Vladimir Putin by the Government of the Omsk Region and Gazprom Neft,» Alexander Burkov reported. – It will be a six-story structure with a capacity of 12 thousand spectators. The commissioning period is 2022. About 700 people are currently involved in the construction site. The work is being carried out in accordance with the schedule. The construction of the floors of the third floor has begun. I am sure that we will prepare for the world championship and hold it at a high level.

Limak Marash has established itself as a reliable general contractor for the construction of large infrastructure facilities in the regions of Russia. The company's priorities remain unchanged – high quality and accuracy in the implementation of the project. Limak Marash's key asset is a team of international experts. 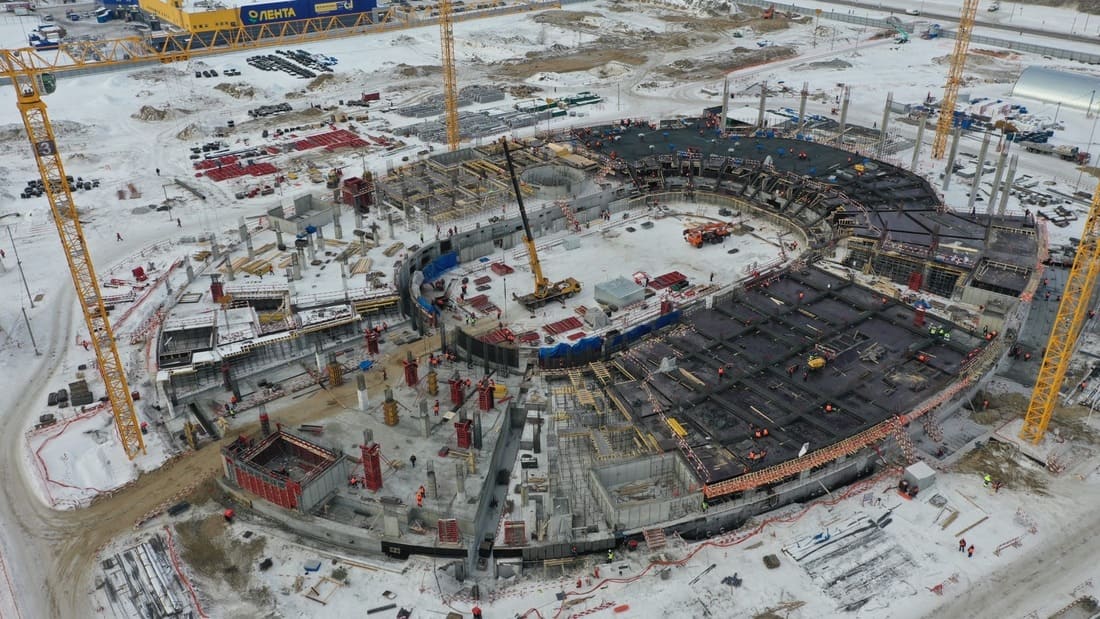