The new ice Arena in Omsk was named G-Drive Arena

Gazprom Neft, the Omsk Region and HC Avangard presented the name of the new ice arena in Omsk at SMEF-2022. The sports complex, scheduled for commissioning in September 2022, was officially named G-Drive Arena. The ice complex will be the home arena for the Avangard hockey club.

G-Drive of the Gazpromneft network of filling stations is the most famous brand of high-tech motor fuels in Russia. A café also operates under the brand, and a wide range of products for motorists is produced, including coffee, soft drinks and sports nutrition. G-Drive has been a partner of HC Avangard since 2012.

The construction of the new ice arena in Omsk is being carried out under a public-private partnership between Gazprom Neft, the Russian Government and the Government of the Omsk Region. The general contractor of the facility is Limak Marashstroy LLC, a member of the Limak Marash Group of Companies.

One of the main advantages of the new arena is its versatility. It is no longer just a sports facility, but the main component of the urban sports infrastructure of Omsk, along with the newest Hockey Academy «Avangard». The arena will unite under its roof sports and cultural activities of the region, and the title partner will help to create a creative atmosphere for the participants of the events and their guests. Technical readiness of the arena is 80%.

Alexander Dyukov, Chairman of the Management Board of Gazprom Neft:

«A comprehensive program for hockey development in the Omsk Region is being implemented by the Avangard club as part of our company's «Home Towns» social investment program. The new ice arena in Omsk is a key element of the modern hockey cluster being formed in the region, which will combine a professional club, a high-tech and comfortable arena, a modern children's and youth academy and an outdoor sports area for children and youth activities. This systematic approach to the development of hockey will increase the popularity of this sport in the region, as well as allow to find and train talented players of national and international level.

»The construction of the home arena of the Omsk hockey club Avangard and the return of the Hawks home is a significant event for all of us. In addition, the new arena and the modern leisure infrastructure created around it will be the architectural dominant feature of the city, a place of attraction for Omsk residents and tourists. «This is not the first time that Gazprom Neft, as a reliable partner in the region, has invested in the development of the urban environment. It is symbolic that the name of our arena combines a landmark company for the city and a socially important facility.

Alexander Krylov, Chairman of the Board of Directors of HC Avangard:

«Partnerships between iconic sports arenas and commercial brands are a common global practice. Over the past few years we have accustomed our fans and partners to the fact that Avangard is a brand, the partnership with which is not only effective, but also prestigious. That's why we decided to hold a contest for the commercial name of the new Arena in Omsk.

There were quite a few bids from companies representing various spheres of business. The most advantageous proposal was from our longstanding and reliable partner, Gazprom Neft. The G-Drive brand is no stranger to Omsk, Omsk residents are well familiar with it, Gazpromneft filling station chain is widely represented in the city and G-Drive is a long-time partner of HC Avangard. Therefore, I have no doubt that in this project we will present the partner in the most effective and bright way.

In addition, this contract can be called a guarantee of stable financing of Avangard for the next few years, which is also an important factor today. Therefore, I would like to take this opportunity to invite everyone to the opening of the modern and technologically advanced G-Drive Arena in Omsk in September.

*Based on the results of a survey of Gazprom Neft's retail brand health indicators, conducted by Ipsos Comcon LLC in October-December 2021 in 30 regions of Gazprom Neft's filling station network presence in Russia with 6,200 respondents.

«Gazprom Neft is the general partner of the club.

HC Avangard is developing a modern training system for young hockey players, the main element of which will be the G-Drive Arena. In 2019, the Central Sports Complex of the Avangard Hockey Academy opened in Omsk. Hockey «boxes» are built under general schools in Omsk, hockey lessons are introduced, and free sections work. In this way the club fulfills its social mission, involving children in sport and a healthy lifestyle and expanding its own funnel for the selection of players for professional sport, who in the future will be able to become members of the Avangard team.

G-Drive Arena - The facility is being constructed as part of a public-private partnership between PJSC Gazprom Neft, the Russian Government and the Government of the Omsk Region.

The general contractor of the facility is Limakmaraschstroy Construction Group (Turkey). 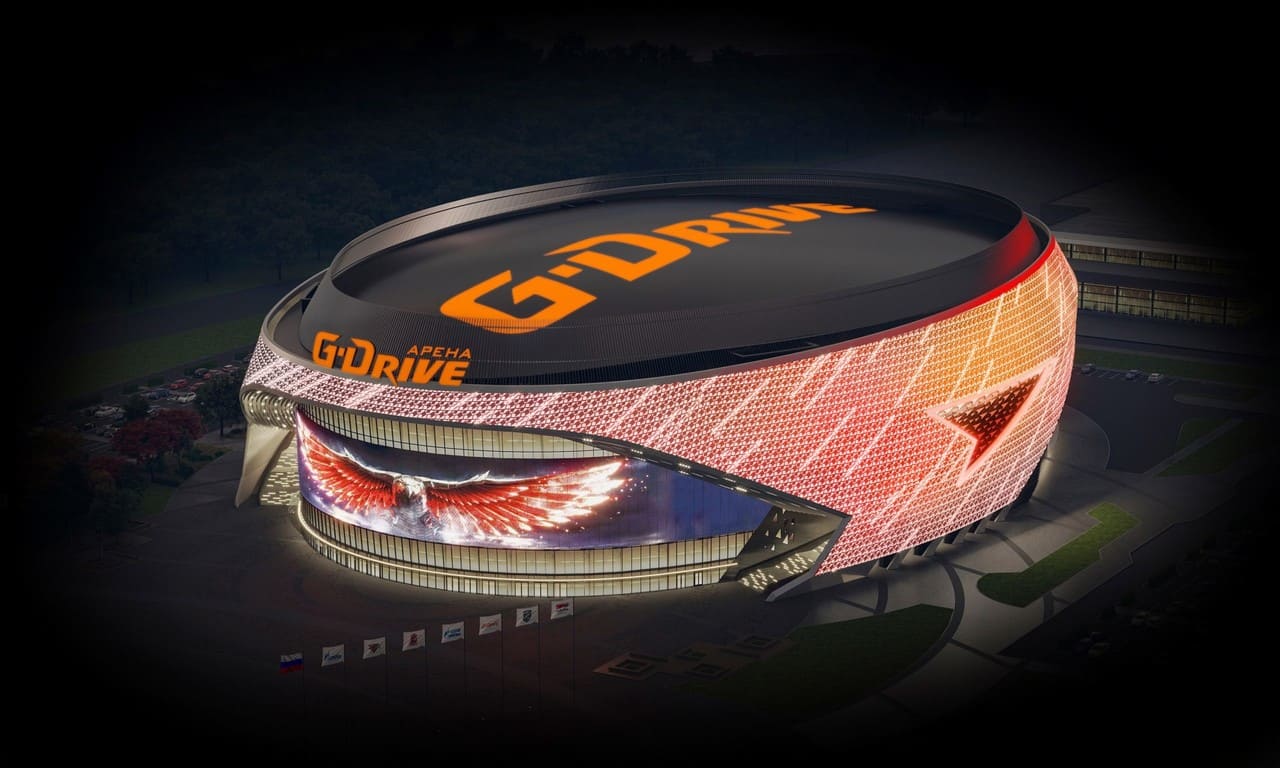 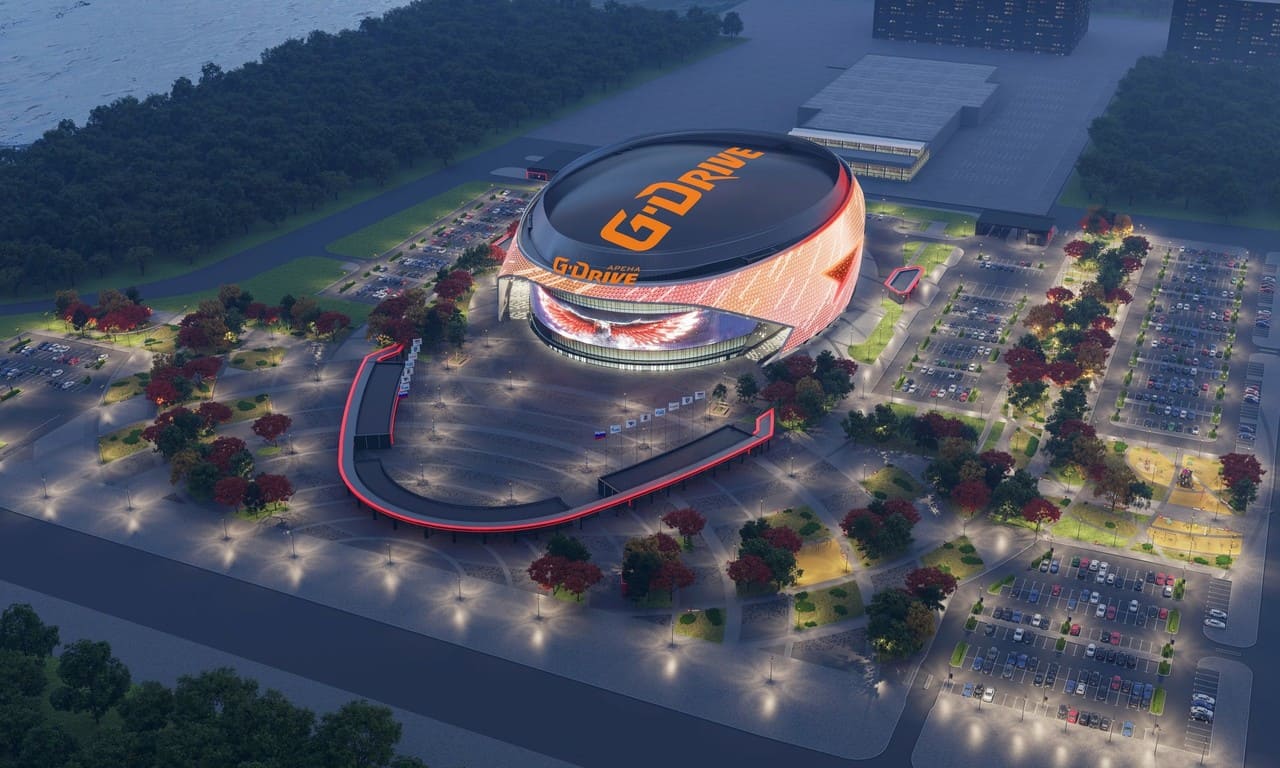 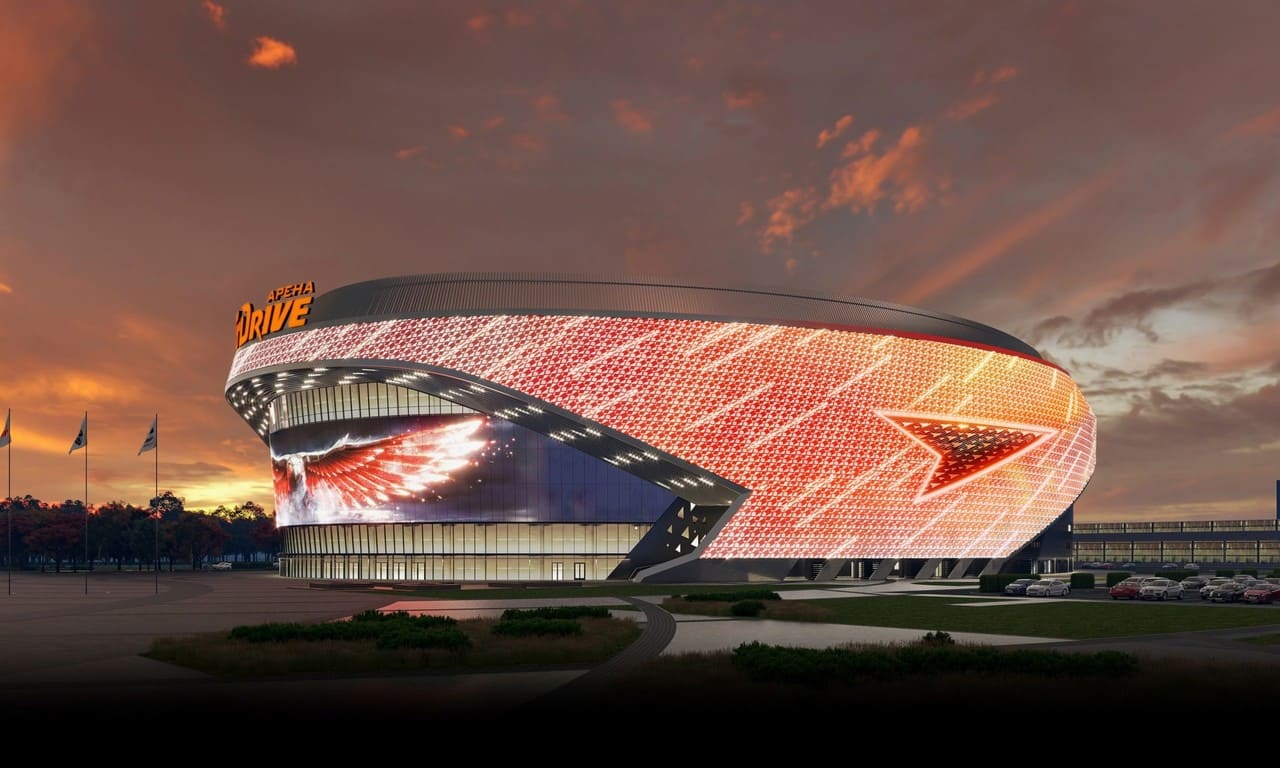 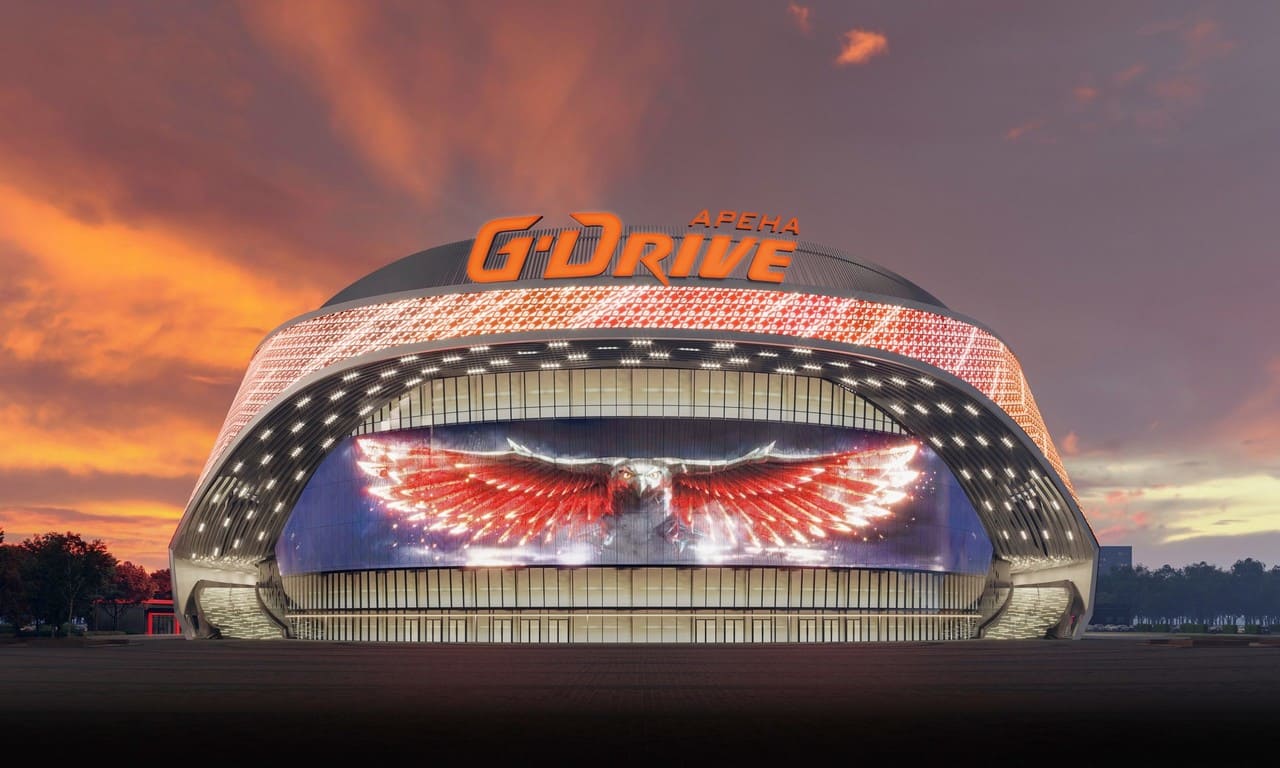