News People of LMS: Interview with Selcuk Karaca, a member of the Board of Directors

People of LMS: Interview with Selcuk Karaca, a member of the Board of Directors

Today, in the traditional People of LMS section, we are talking with one of the founders of Marashstroy company, a member of the Board of Directors of the Limak Marash Group of Companies, Selcuk Karaca.

Tell us about yourself: where did you study? How did your professional career begin?

I studied at Gazi University in Ankara (Turkey) together with my business partner Ertan Ertem. In 1991, I obtained a higher education with a degree in «Engineering of Industrial and Civil Construction (ICC)».

After studying, I immediately had the opportunity to go to the construction of military camps for disbanded units of the USSR Armed Forces returning from abroad after the collapse of the Union. I got to Belarus. The first construction project was in Slonim. I was hired as a foreman in a workshop for the production of precast reinforced concrete elements in the form of three-layer panels. Initially, I went there alone, but coincidentally, my classmate Ertan Ertem also got to this construction site.

After the project was successfully implemented, Ertan left for Krasnodar, and I was invited to work in the city of Tchaikovsky (Perm Territory). I had to choose between going to work in Russia or returning to Turkey to serve in the army. I decided to serve in the army and returned to Ankara so that there would be no problems with professional growth in the future.

In 1999, I moved to St. Petersburg, having got a job at Renaissance Construction (where Ertan already worked) as the onsite foreman. I have been living in Russia ever since.

There I was engaged in the construction of warehouses for finished products of Baltika Brewing Company, as well as the reconstruction of old breweries in Tula and Minsk.

Then, in Khabarovsk, we built a large beer factory from scratch for the same customer, and I was the project manager. By 2003, I had acquired a lot of experience in the construction of industrial facilities.

In 2003, I was offered the position of coordinator of all projects in the Moscow office. I started managing various construction projects, including shopping malls, residential complexes and factories.

In 2005, I became the project manager for the construction of a giant MEGA shopping center in Nizhny Novgorod. In terms of the volume of construction work, this project was larger than all the projects coordinated by me in the company at that time. It was necessary for me to personally attend it and control the work progress. At the same time, we were building another MEGA shopping center in Novosibirsk.

In 2007, after the commissioning of the shopping center in Nizhny Novgorod, Ertan and I left Renaissance Construction and founded our own company, Marashstroy, LLC.
Was it scary for us to establish our own company? Yes. I can say that business is always scary. But then we were lucky enough to get acquainted with a Turkish manufacturer of glassware, to which we built warehouses for finished products with an area of more than 50,000 m2 in the Nizhny Novgorod region. The successful implementation of this project made other customers notice us. We have projects in other regions of Russia, in Ulyanovsk, Smolensk, Moscow, Petrozavodsk, Arkhangelsk.

In 2014, having overcome two global financial crises, we had the opportunity to participate in the implementation of the Platov Airport project in Rostov-on-Don. From the Ankara period, I was also acquainted with Turhan Serdar Bacaksiz, who was a member of the Board of Directors of Limak Group, Turkey. In order to pass the «prequalification» and compete in the tender, Marashstroy entered into partnership with Limak Group, which had sufficient experience in the implementation of large infrastructure facilities around the world. We created a new company Limakmarashstroy (Limak Marash trademark). 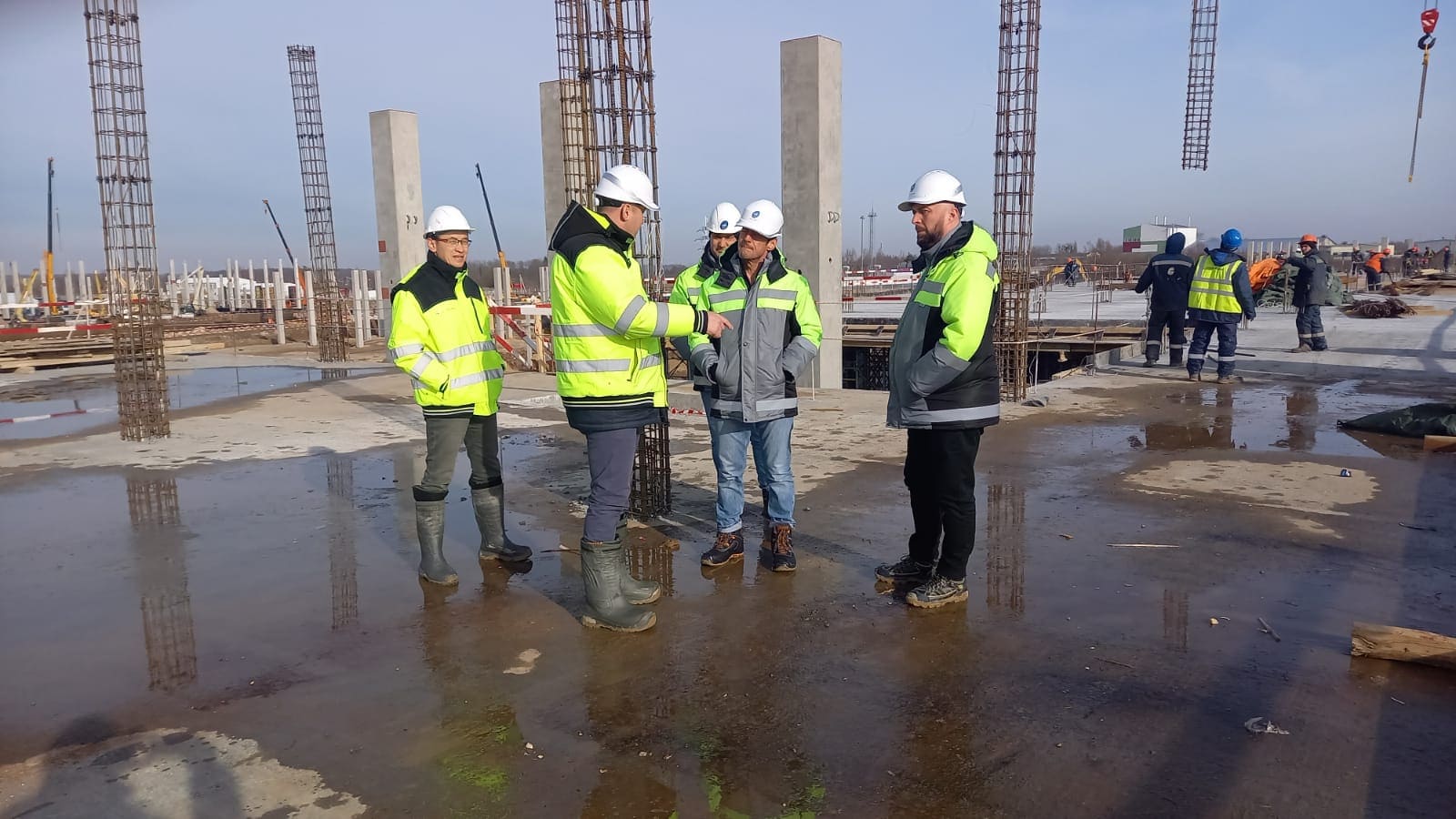 What is the main mission of the LMS, in your opinion?

As the founder of the company, I am pleased that customers entrust us with the implementation of their projects, for example, Stolitsa Management, LLC (Stolitsa Shopping Center and Nebo shopping Center in Moscow), NOVAPORT Holding (airports: Volgograd and Leonov in Kemerovo and Peter 1 in Voronezh), International Khabarovsk Airport, JSC and MC Airports of the Regions (Platov in Rostov-on-Don and airport in Novy Urengoy).

This suggests that Limak Marash Group of Companies is a reliable general contractor for the timely and efficient construction of various types of facilities, fulfilling all its obligations to customers.

What is the company's strategy?

When formulating a company's development strategy, it is necessary to answer the following questions:

On the one hand, these are issues that generally depend on the decisions you have made. On the other hand, there are a lot of other external factors that directly affect the development of the company. For example, constant changes in the world market, a fluctuating currency, an increase in the cost of purchased equipment and building materials (at least 25 thousand items are purchased for one object), the search for suitable contractors and subcontractors in terms of qualifications and cost, crisis situations, etc.

The global financial crisis of 2008 affected all participants of the construction market: customers and buyers, construction companies, government agencies, manufacturers of building materials, machinery and equipment. Sometimes, regardless of your own personal involvement, your achievements and defeats, there are simply no opportunities for a company to develop — you make huge plans for the growth of your business, but they do not always come true.

What projects are you particularly proud of?

Before the 2018 FIFA World Cup, which was held in Russia, we were obliged to build Platov Airport in Rostov-on-Don and put it into operation within the specified period as a general contractor. We did not have margin for error, it would be nonsense if the airport did not work by the day of the planned opening. In such projects, the common goal is more important than personal advantage.

The future effect of the implementation of large infrastructure projects is many times greater for our company, but we build completely different facilities, be it a production complex, a multifunctional sports complex or a residential complex.

For example, when you are engaged in the construction of residential complexes, you may think that the construction is being carried out only for the developer, but this is not true. Your customers are all future residents of these buildings — these are thousands of apartment owners. And this should be taken into account. 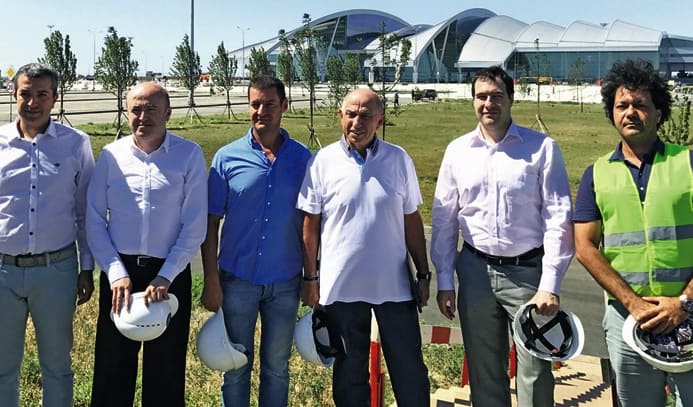 What principles do you use to create a team of specialists?

Of course, first of all, we look at the professional and personal qualities of a candidate. Any commercial activity depends entirely on the professionalism and competence of the staff. The most unresolved issue is the proper staffing level of the enterprise with the number of specialists that are required for doing business.

When choosing personnel for a managerial position, we take into account either the indisputable recommendations of trusted persons, or we pay attention to individual specialists during their work, and if they work well, we gradually begin to «promote» them.

What are the company's plans for the coming years?

We do not think in the short term, but on the contrary, we think big about our plans. Together we strive to achieve the best results for the further growth of the company. At the moment, the goal of Limak Marash Group of Companies is to reach 100 billion rubles in the amount of existing contracts.

What are the success factors for a business?

How do you spend your free time?

Given the wide geography of objects under construction from Kaliningrad to Khabarovsk, I often have to make flights to inspect construction sites. With such an intense rhythm of life, I spend all my free time on sports (mostly fitness), rest and recovery of the body. Keeping fit has become not just a habit, but a constant necessity.