News «Arena Omsk»: the planned level of technical readiness of the sports facilities at the end of the year reached

«Arena Omsk»: the planned level of technical readiness of the sports facilities at the end of the year reached

Deputy Prime Minister Dmitry Chernyshenko held a working meeting with the Governor of the Omsk Oblast Alexander Burkov, the key issue being preparations for the MSM-2023 in Novosibirsk and Omsk.

The meeting discussed the region’s application for a federal competition for science and education centres and preparations for the 2023 World Hockey Championship for Junior Under-20 Hockey in Omsk.

Dmitry Chernyshenko stressed that it is very important to prepare the city infrastructure for the reception of guests and participants of the championship. The Governor informed the Deputy Prime Minister about the progress of construction of the multifunctional sports complex «Arena Omsk» - the key infrastructure of the World Youth Ice Hockey Championship.

The construction of the ice arena is carried out within the framework of the public-private partnership between the Government of the Russian Federation, the company «Gazprom oil» and the Government of the Omsk region. «Gazprom Oil» and the Russian Government bear the bulk of the financing on parity terms. On the instructions of the President, the federal budget provides 5 billion rubles for co-financing the construction of a multifunctional sports complex. The Government of the Russian Federation allocated more than 2.4 billion roubles from the reserve fund in 2020. The funds were fully spent. The planned level of technical readiness of the sports facility at the end of the year has been achieved. The construction of «Arena Omsk» is planned to be completed in mid-2022, the receipt of the second tranche of the region is expected in the near future.

The head of the entity reported that work on the preparation of urban infrastructure was under way. To date, over 150 kilometres of guest routes have been approved, including access to 65 social facilities. They connect the places of residence of the participants and guests of the World Championship, feeding points, objects of entertainment and cultural program, multifunctional sports complex «Arena», medical service institutions and transport-logistics units.

During the year, the authorities of the region, universities, enterprises, scientists developed innovative and scientific projects. Some 30 projects were selected, 8 of which were included in the Centre’s programme of activities. The observation and management councils of the center» were created, - underlined the head of the subject.

The Deputy Prime Minister supported this approach and the region’s desire to participate in a federal competition to select world-class scientific and educational centres. We are of the view that regions should seek to bring together universities, scientific institutions and businesses to create synergies for the economy. Regionals are a great tool. The next step - participation in the federal competition, the application by the region has already been prepared», - noted Dmitry Chernyshenko.

Limak Marash’s portfolio of projects has proven to be a reliable main contractor - construction of international airports, sports facilities, business and shopping centers, as well as other infrastructure facilities on the territory of Russia. 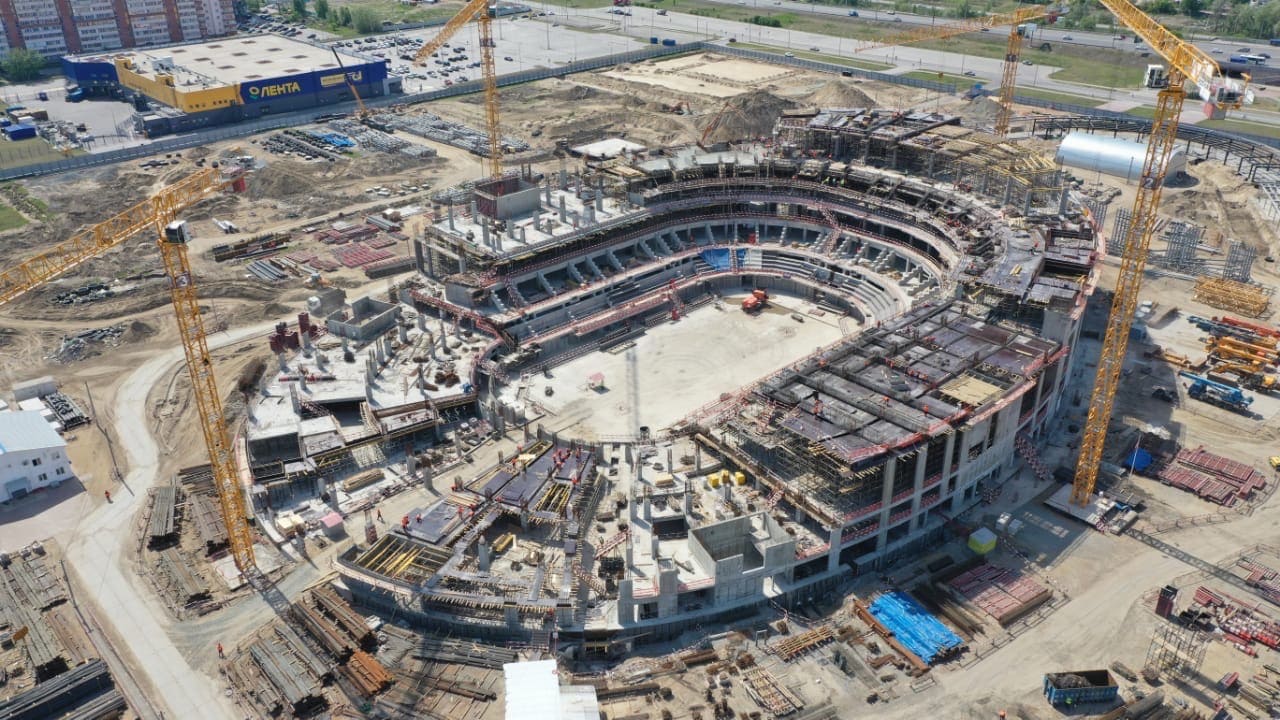