Alexander Krylov, Chairman of the Board of Directors of HC Avangard, Selcuk Karaca and Gülseren Sinan Atalay, members of the Board of Directors of Limak Marash, visited the G-Drive Arena and walked the spectators' route from the main entrance group. Improvement of external public spaces, landscaping, laying of asphalt and street tiles continues on the territory adjacent to the arena.

Finishing work is going on in the building. Alexander Krylov inspected the central atrium and exits to the ice. There is already a part of navigation to distribute the flows of the guests.

The media cube is being assembled in the bowl. The armchairs are being mounted. The installation of telescopic stands - blitchers, internal stained-glass windows and glass enclosures, acoustic panels and sports lighting system of the ice rink is started.

Alexander Krylov also checked the locker rooms of Avangard and the MHL team and other rooms of the sports complex where the finishing works are being completed: medical offices, recovery areas for the athletes, playing and training halls.

The complex has completed the installation of escalators and elevators. The building is connected to all external utility networks.

Alexander Krylov, Chairman of the Board of Directors of HC Avangard:

— Today was my first time as a spectator. Got into the closed inner loop on the street, went through the checkpoint, entered the Arena, walked along the main paths. Saw in reality the planning map that we originally laid out for the design of this new Arena. I think it's going to be very convenient for our spectators. We still have a lot of finishing and commissioning to do. But we're getting ready for September 1, as I said before. September 1 is the date the arena will be commissioned. Then we'll spend a month tuning up all the systems and cleaning all our beautiful elements inside the Arena and we'll get ready for the first match.

— There's a media cube behind you that a lot of people asked about, a lot of questions, tell us more about it.

— The media cube will be one of the biggest in the KHL. I know that a lot of people are trying to figure out how big it is through our internal cameras. Right now I can tell you that the top point is ten meters. It's actually one of the biggest cubes we have in the KHL and in general in Europe. So, I think our spectators will be satisfied.

— Do you feel satisfied with what's going on now? Or vice versa, do you carry a lot of responsibility?

— The joy of the fact that finally all our multimedia systems have arrived, all the access systems. That's what we were afraid of most of all - that it wouldn't get to our wonderful new arena because of the sanctions. Finally everything has arrived, ready to be installed. So now we have a tough final month, the first of September we're all set to put the Arena in service. Four years ago I was standing on this point with Bob Hartley when he came to Omsk for the first time and we were looking at this arena, I was thinking then how Avangard will play here. And it seemed to me then that the arena was a bit unconventional. I mean, it was kind of wide in terms of hockey, but the ceiling was pressing a lot. Now, of course, there is no such thing. Now you look, and it feels like I'm standing in Vegas, because we were our task force there. I think this arena is very similar to what I saw back then.

— Let's wait until the final month of what I think is the toughest month. After that we will already comment enthusiastically on the results of our work. 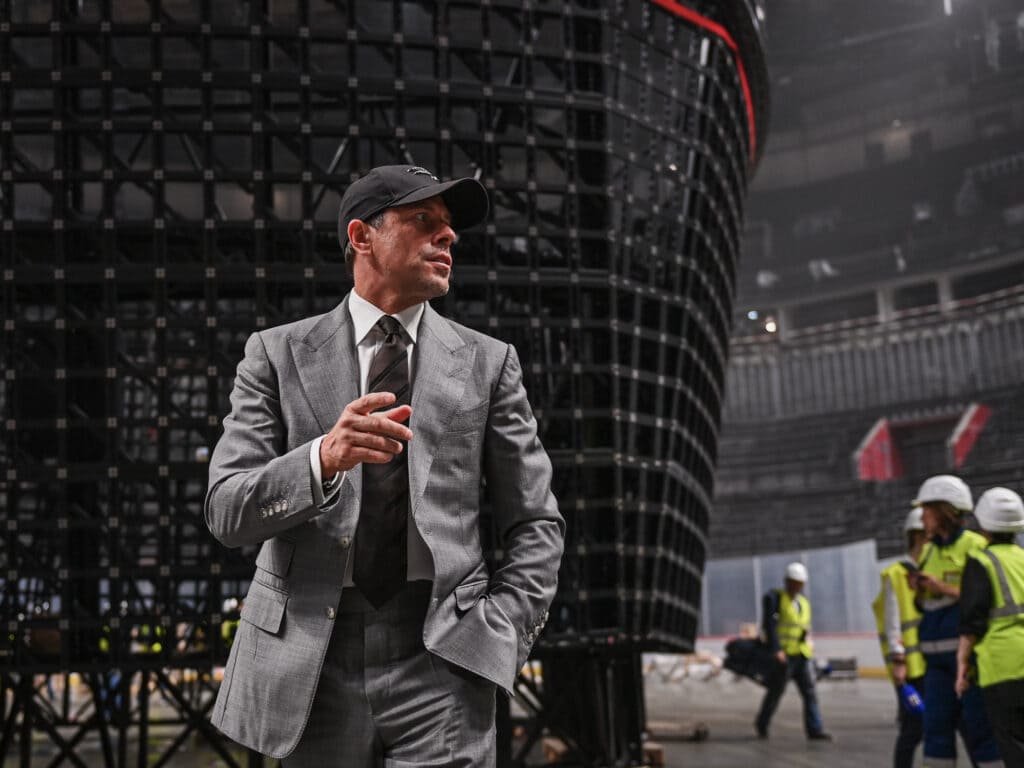 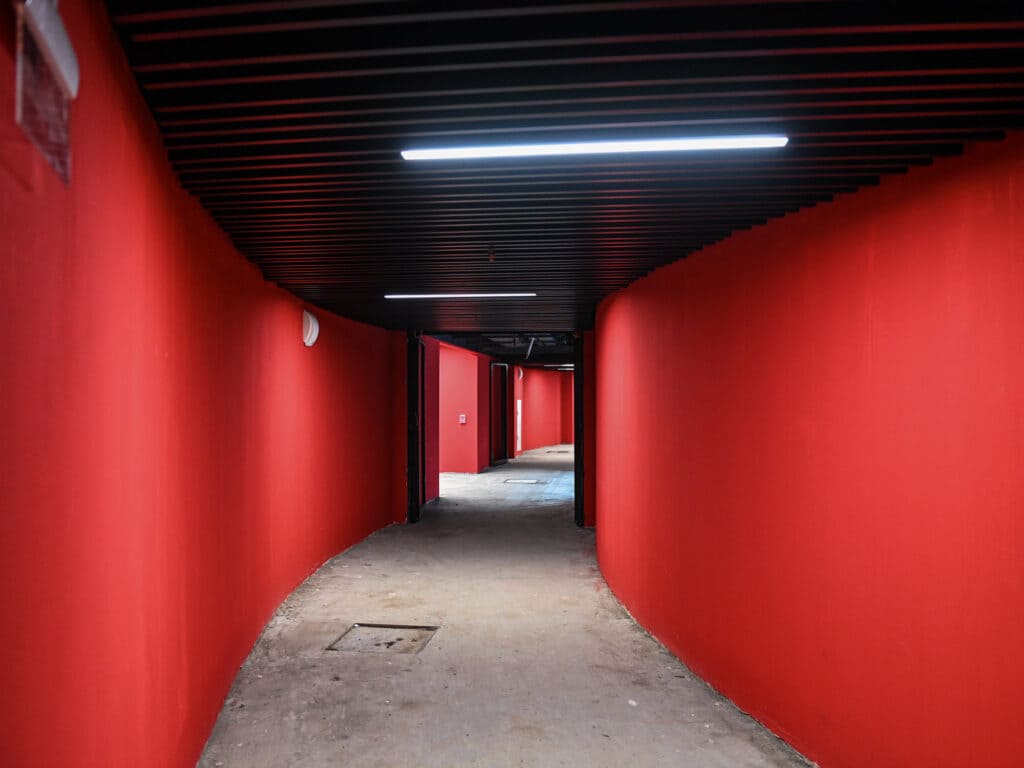 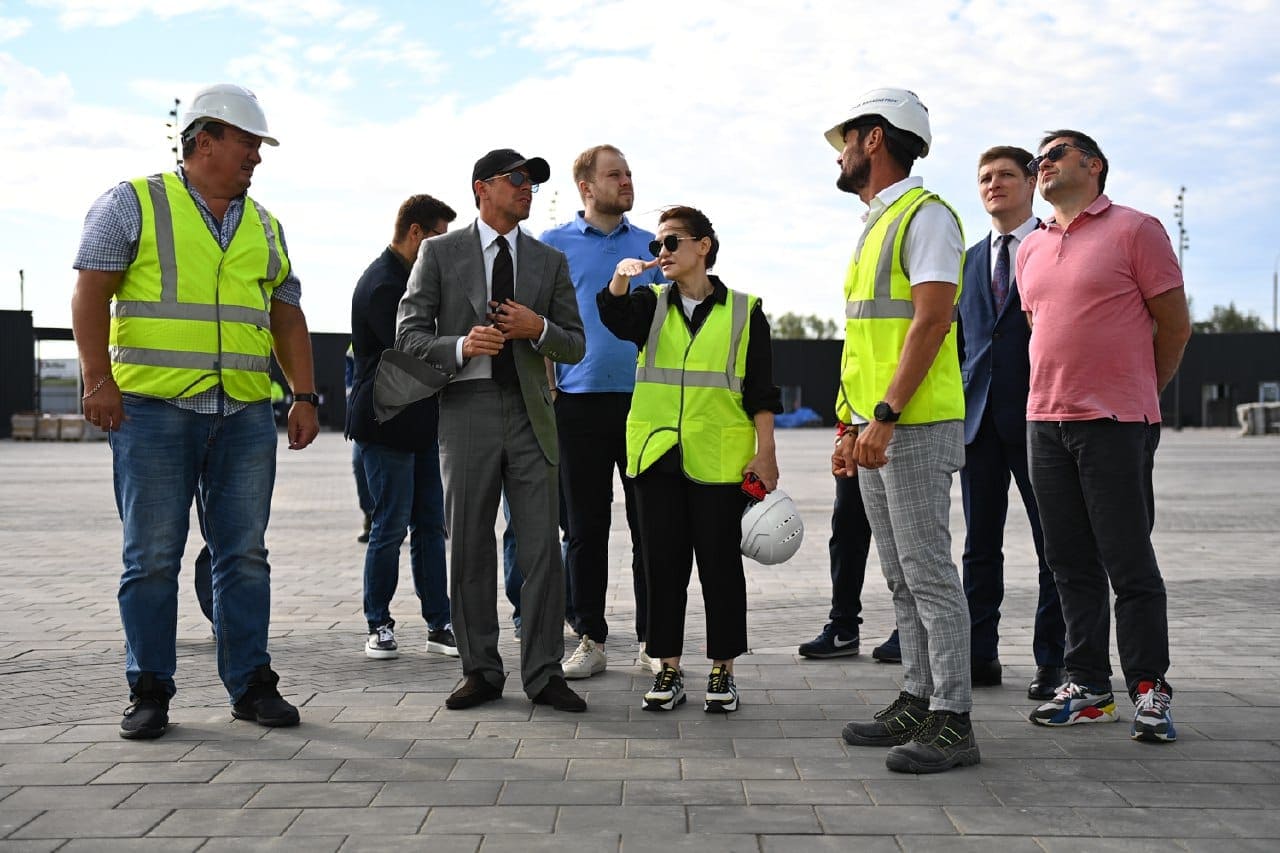 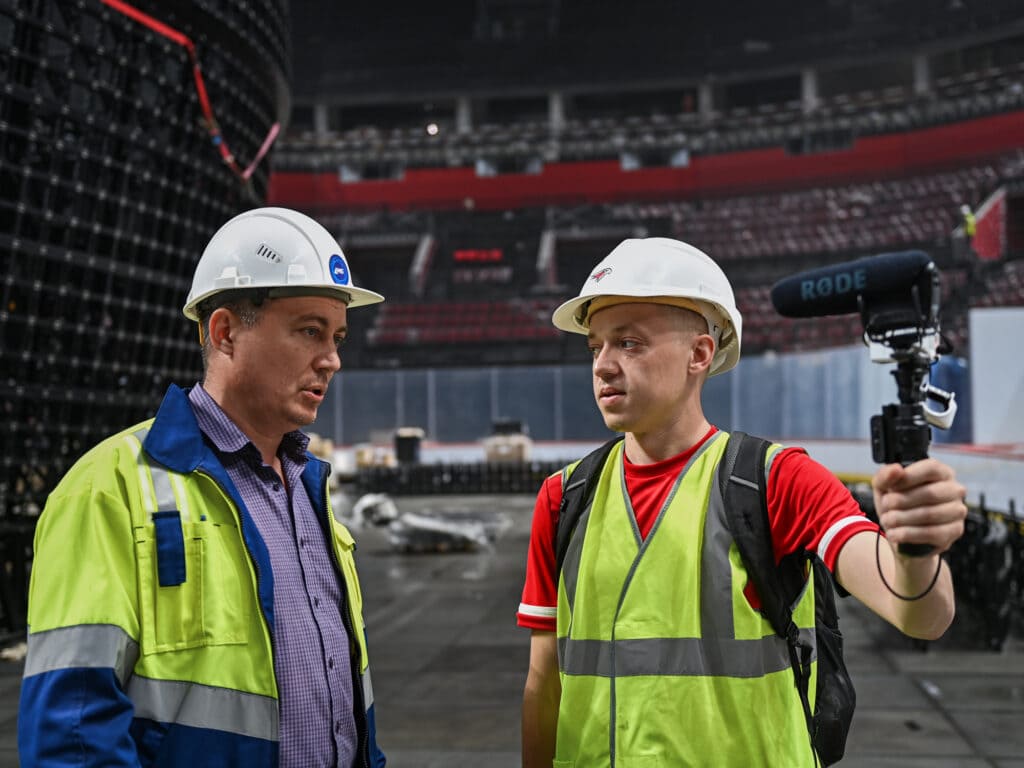 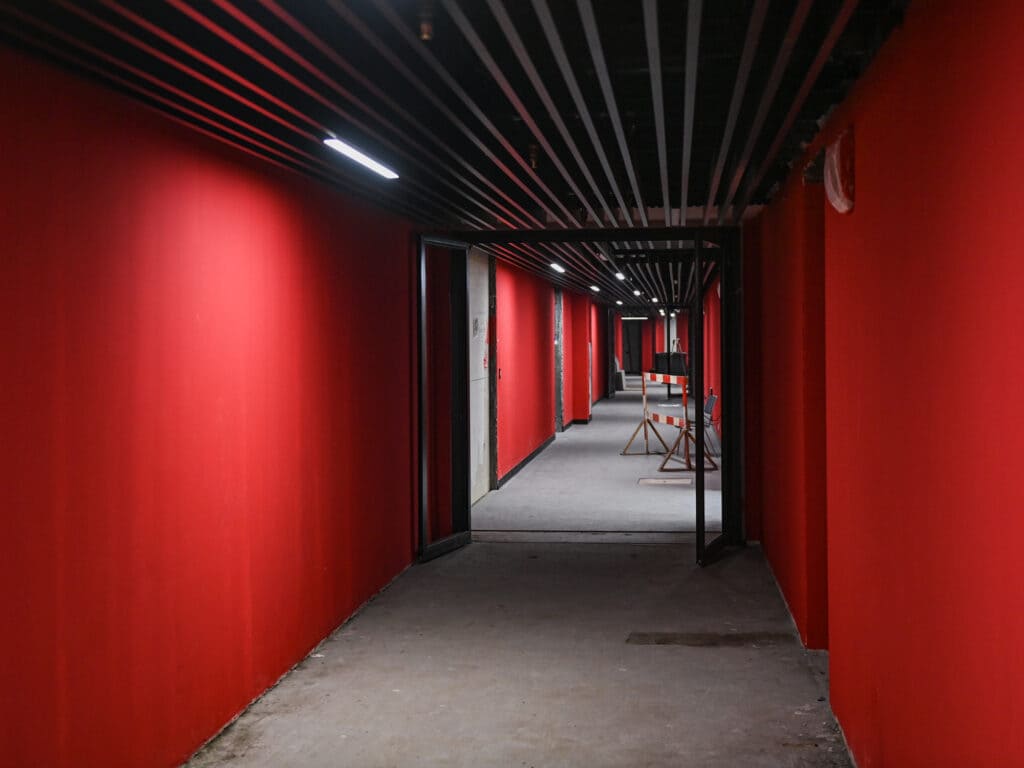 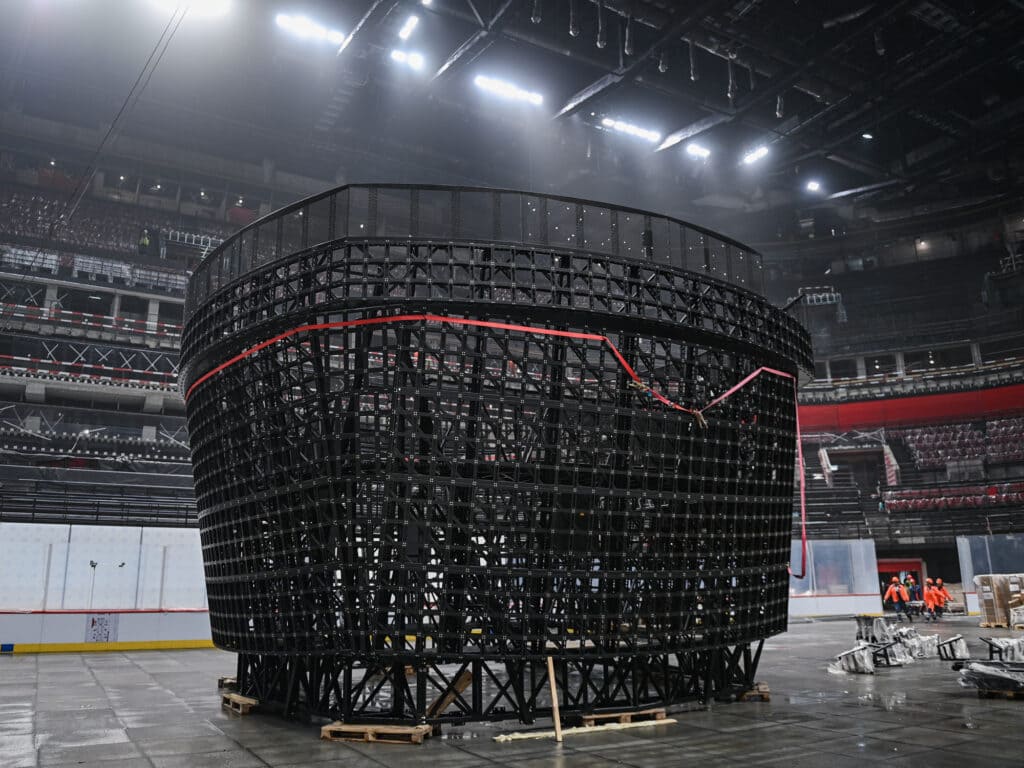 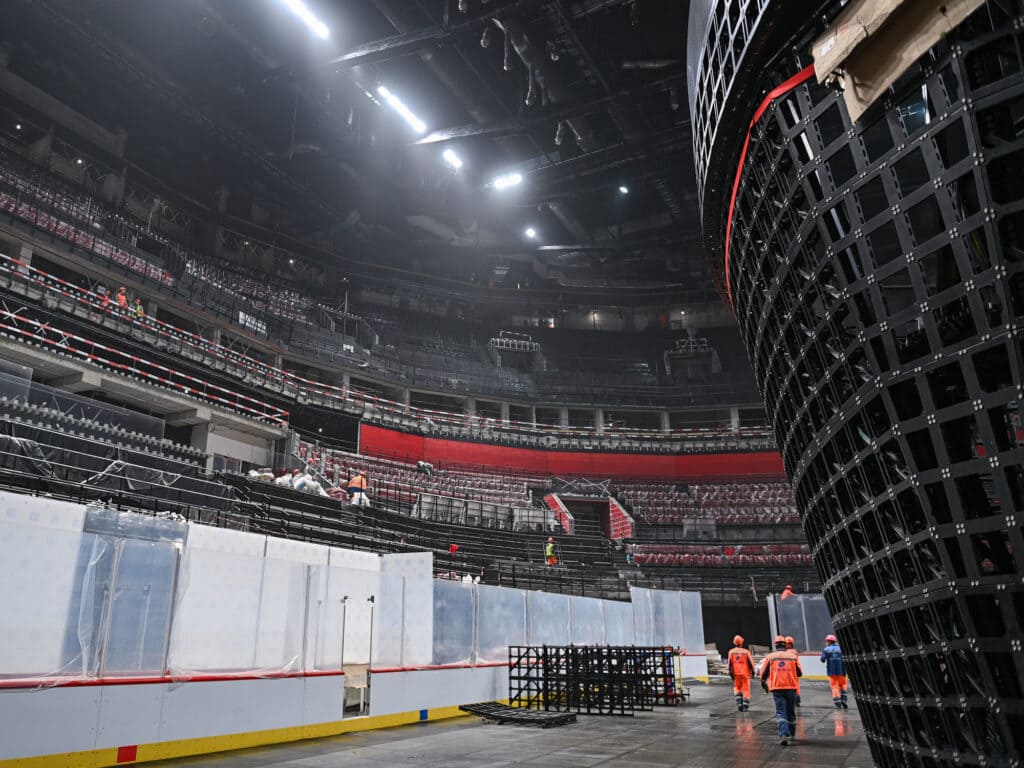 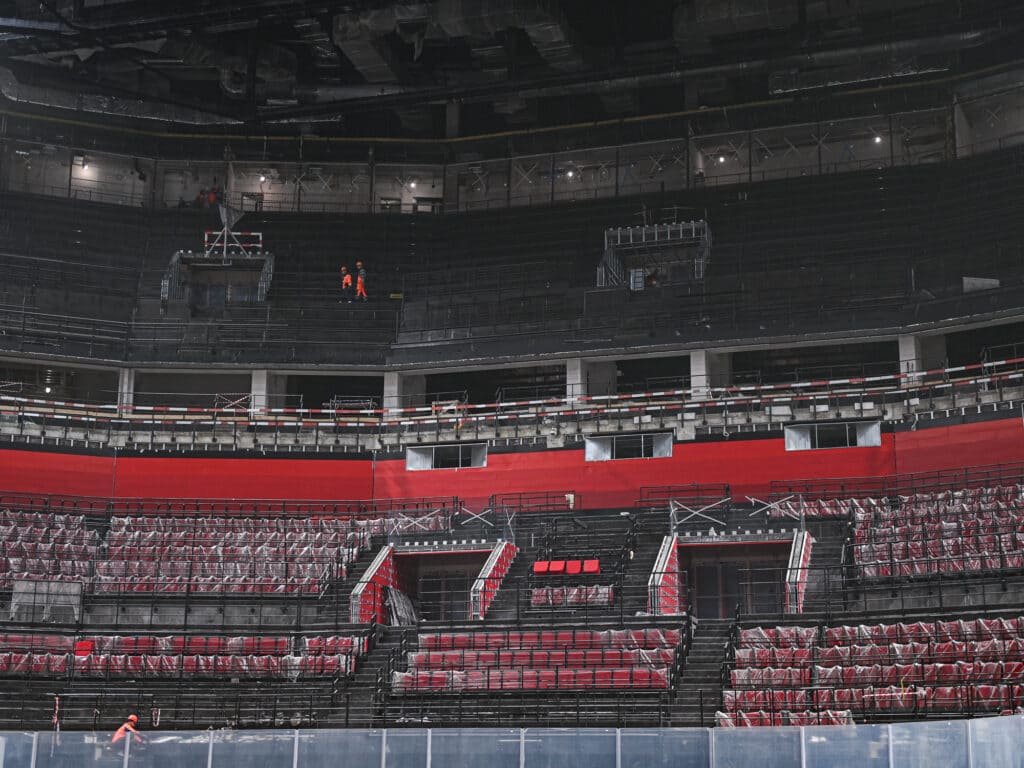 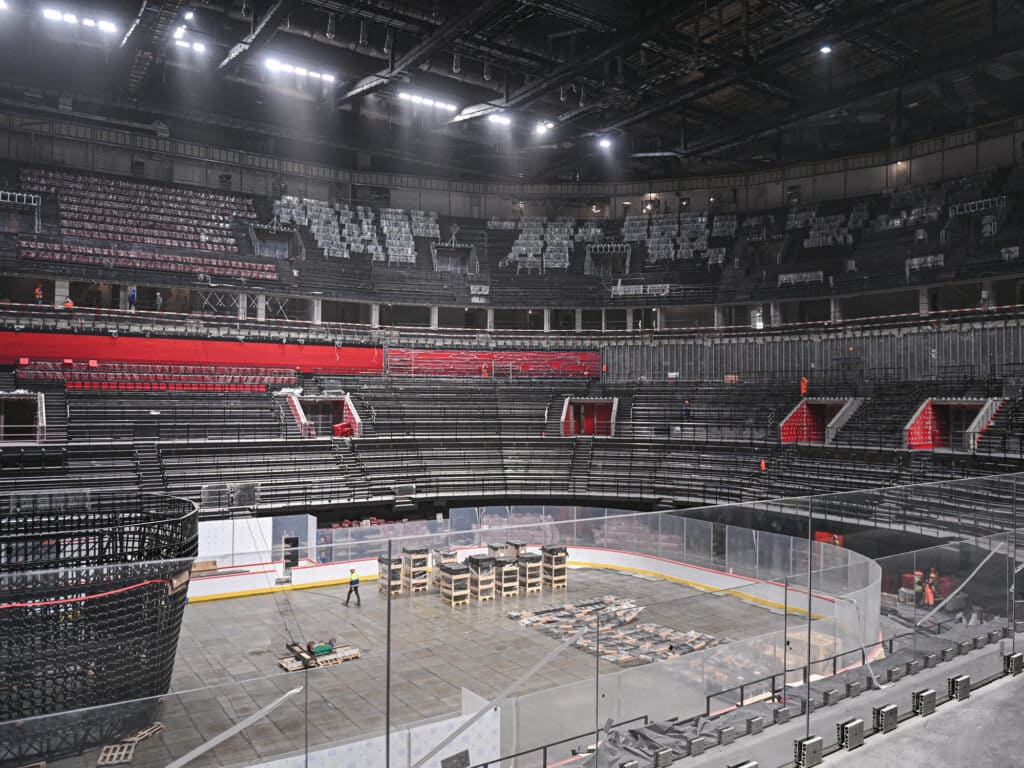 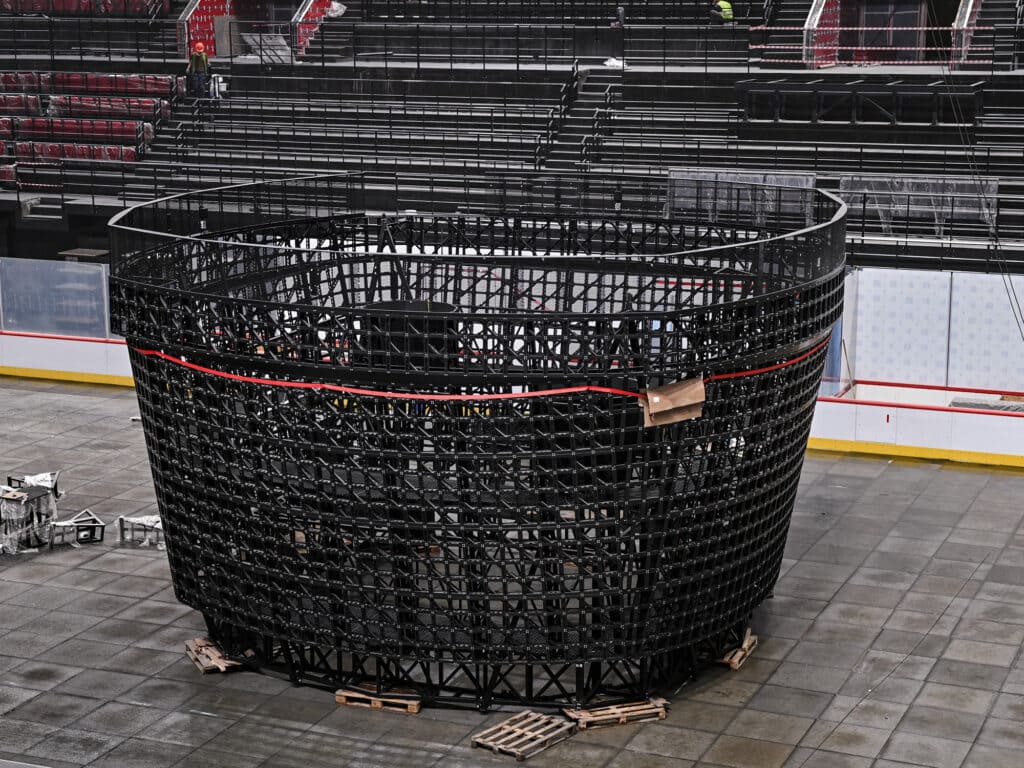 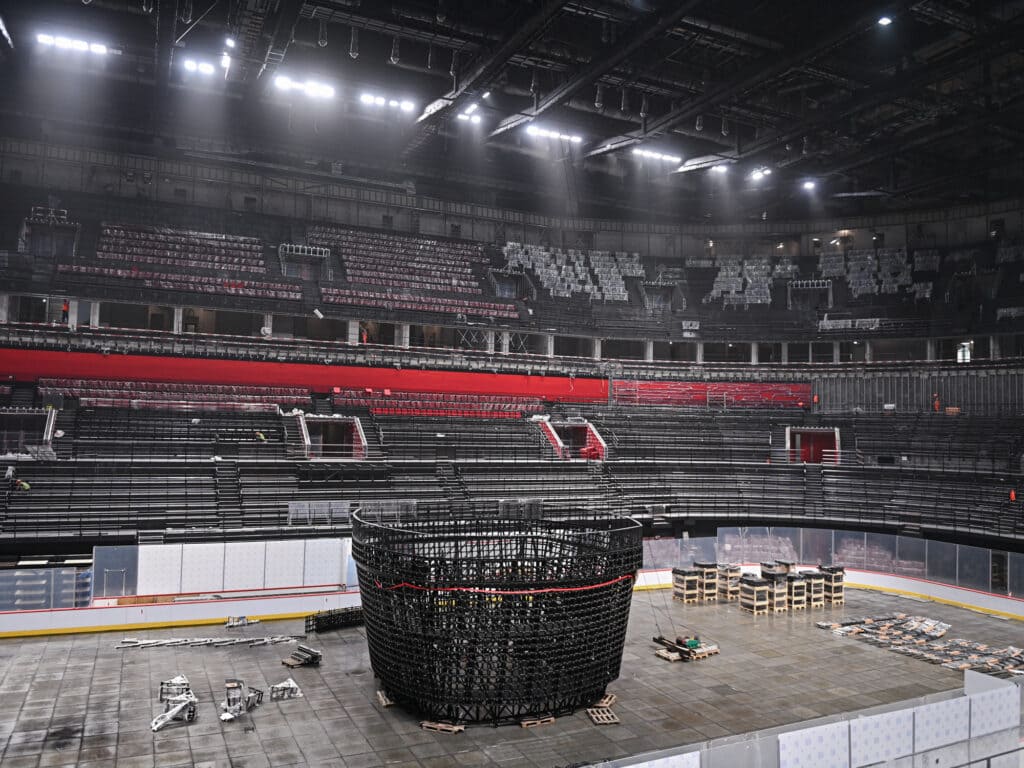 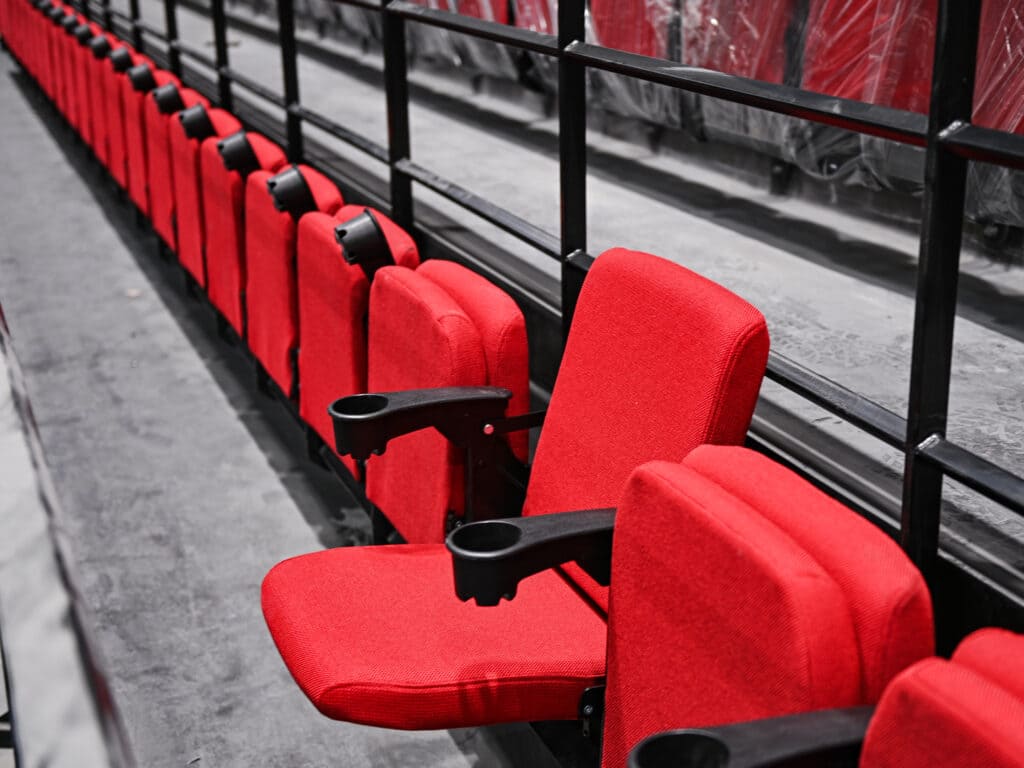 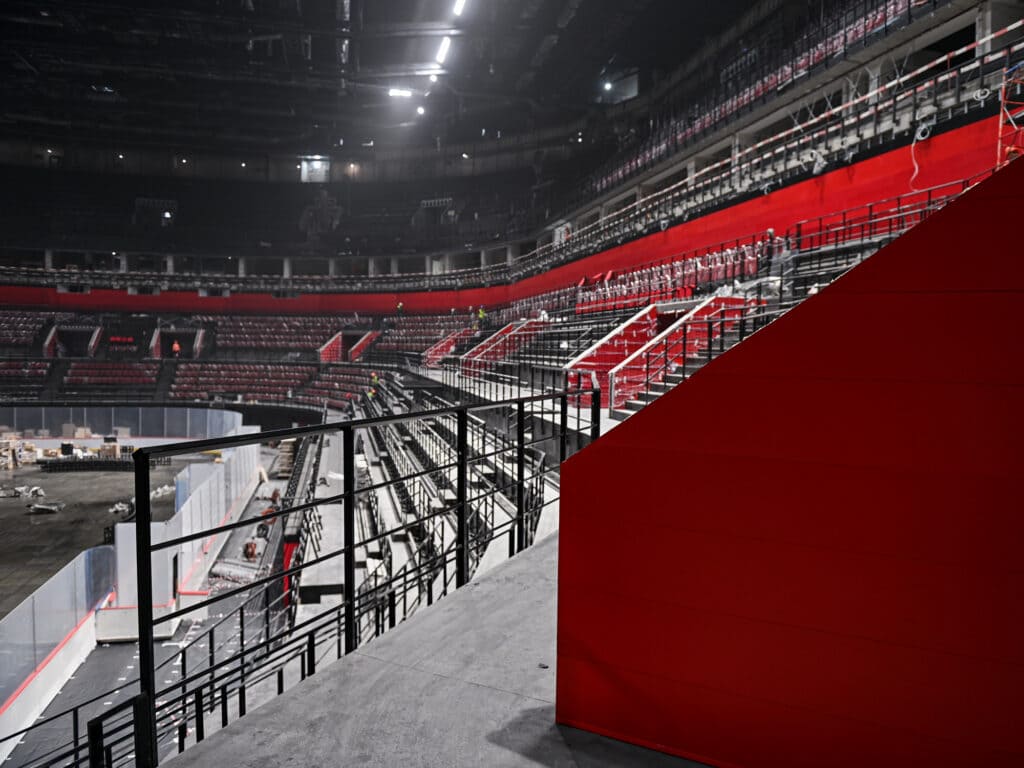 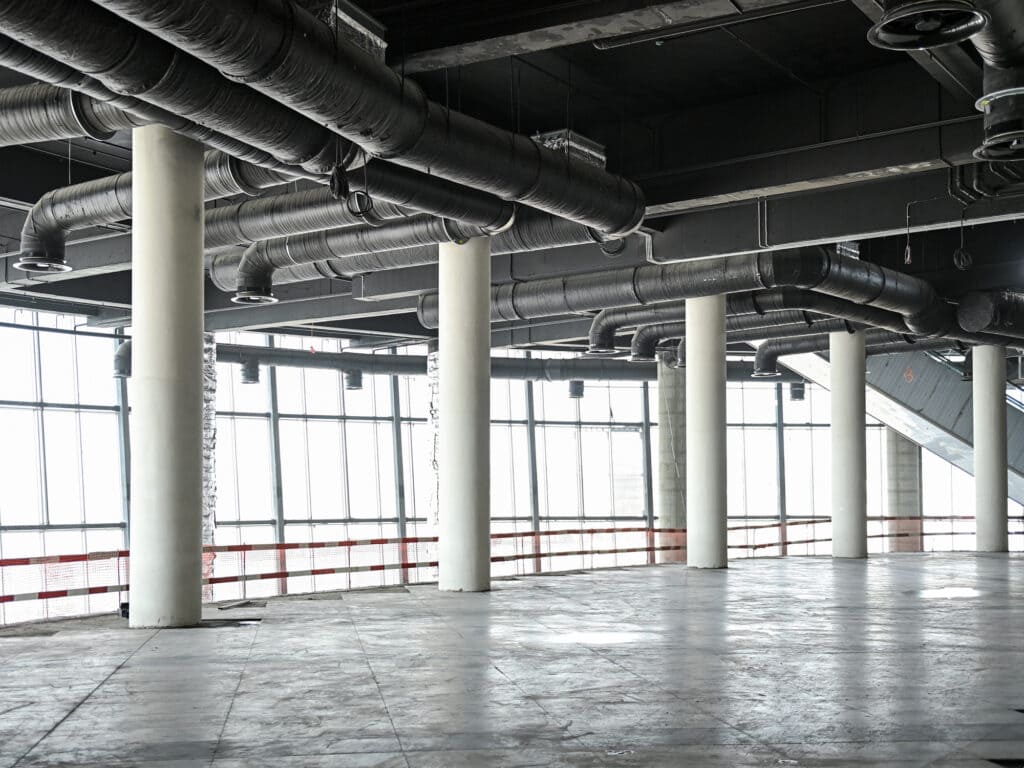 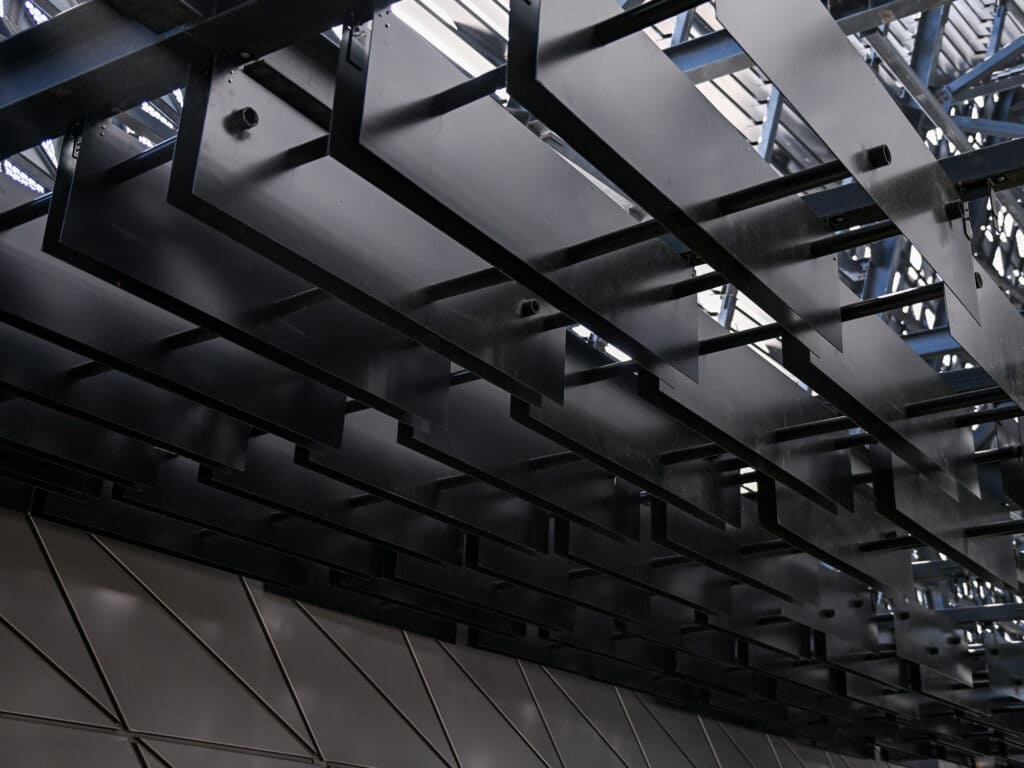 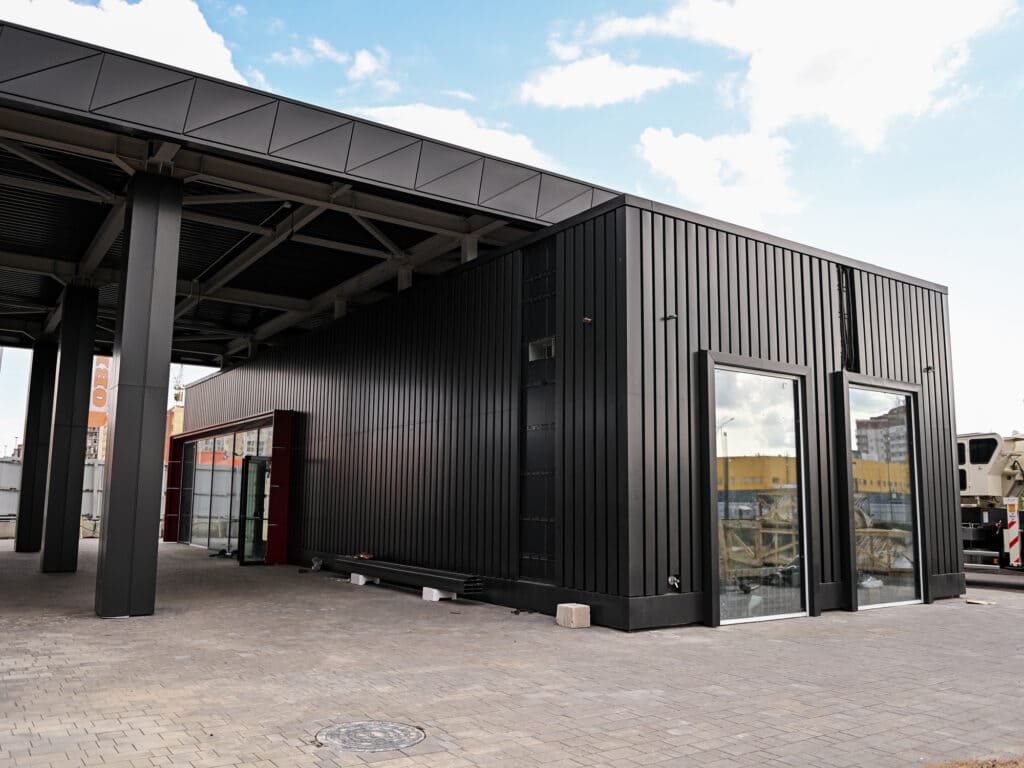 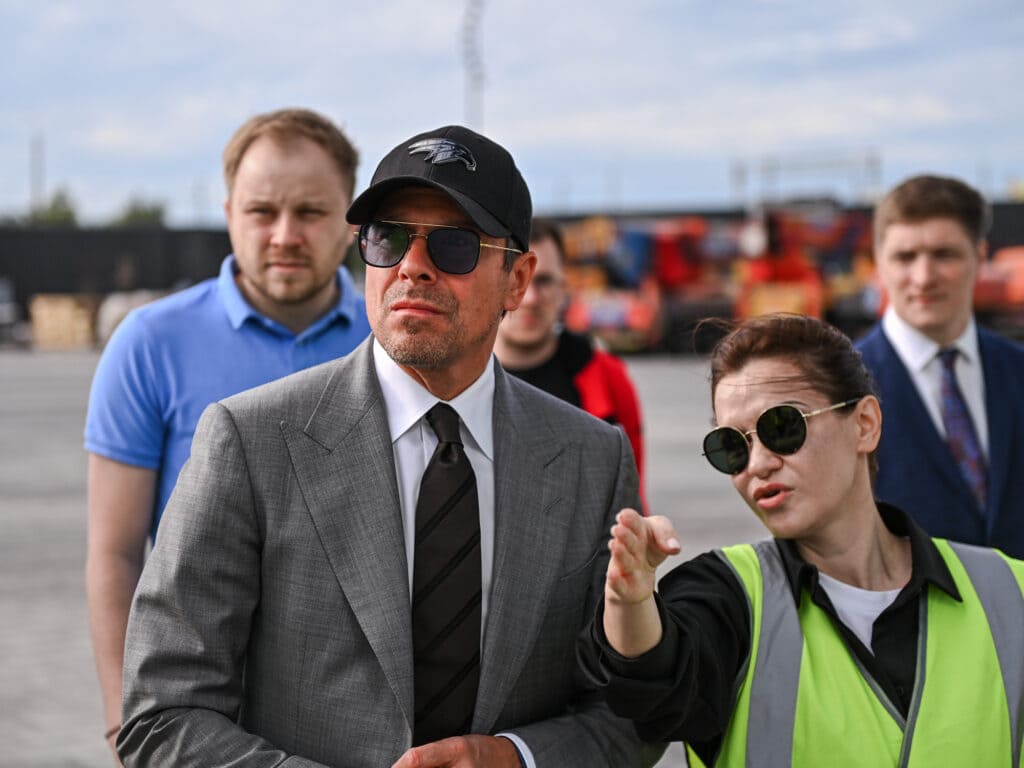 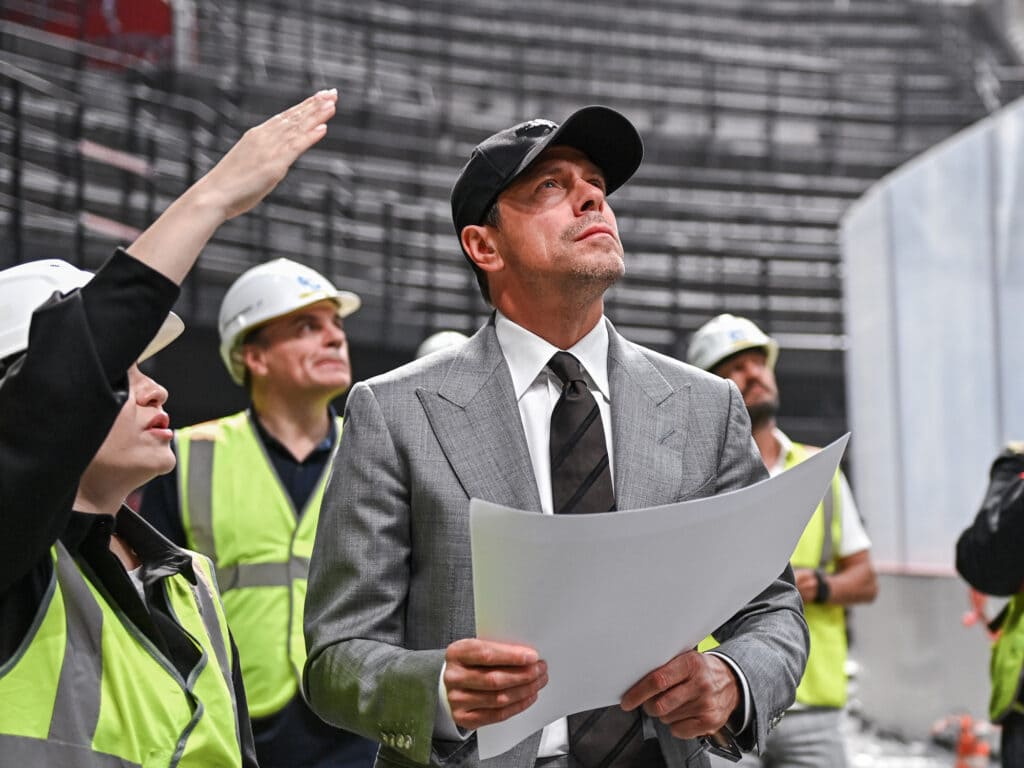 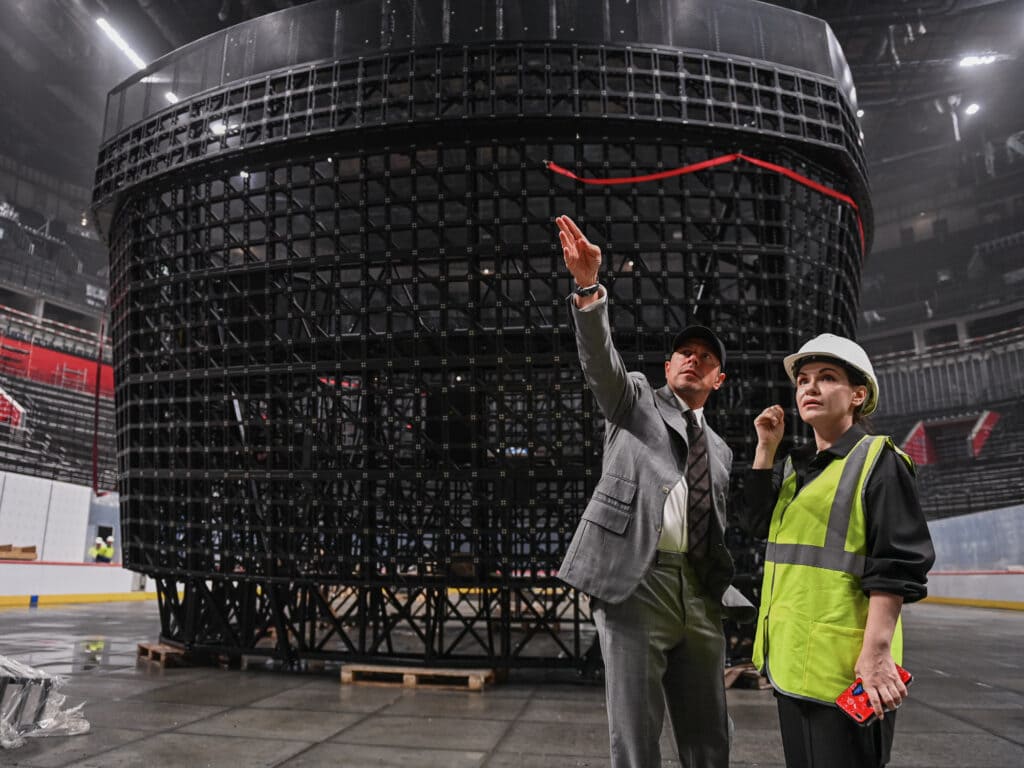 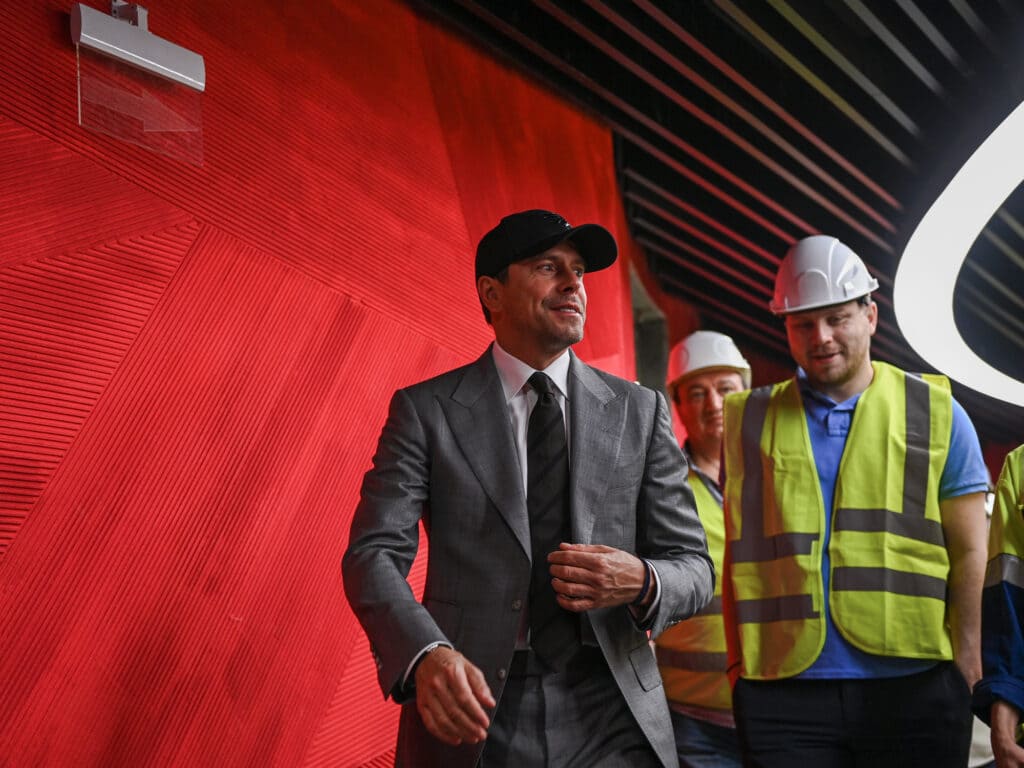