News Aleksandr Burkov: «Due to tight deadlines, works are going on all sections «Arena Omsk»

Aleksandr Burkov: «Due to tight deadlines, works are going on all sections «Arena Omsk»

Today, the Governor of Omsk Oblast, with the participation of the First Deputy Minister of Sports of the Russian Federation Azat Kadyrov, held a joint meeting of the regional organizing committees for the preparation and holding of the World Hockey Championship in 2023 among junior hockey students. This is reported on the portal of the Government of the Omsk region.

One of the main stages of preparation for the world forum is the construction of multifunctional sport complexes in Omsk and Novosibirsk.

— As for the construction of the main sports complex - «Arena Omsk», it goes in accordance with the schedule. Given the time constraints, work is under way at all sites. Roofing is being built, while engineering networks, partitions and stands are being built on the first floors, as well as roofing of checkpoints and parking for fans - Alexander Burkov, Governor of Omsk Oblast, noted.

The main contractor for the construction of «Arena Omsk» is Limak Marash Group of Companies.

First Deputy Minister of Sports of Russia Azat Kadyrov noted the good working spirit and speed of preparation of the two regions for this event.

— Certainly, the first place should be preparation of the main objects for the World Cup. We have visited the construction site here in Omsk in the morning. The work is organized and is proceeding at a good pace and the timetable is being observed accordingly. Financial issues have been resolved in both cities according to the plans of the current year. The allocation will be extended to both regions in the near future, noted Azat Kadyrov. - What we need to do now is to ensure that the construction dates are met, because they are, indeed, very strict. I ask you to update once again «road maps» for both cities, it is necessary to finalize the whole list of all equipment, which needs to be filled on the sites taking into account the time of their delivery.

In June 2021, the Government of the Russian Federation approved the allocation of the second tranche of the inter-budget transfer to the Omsk region in the amount of 2.5689 billion euros. The budget of the Omsk Oblast for the current year provides for 395.8 million roubles. The budget of the Omsk Oblast provides for the establishment of the Ministry of Education and Science. Let us remind, construction of multifunctional sports complex «Arena Omsk» is carried out at the expense of investment of Gazprom Oil and funds of federal and regional budget. The Federation of Novosibirsk Oblast has allocated 856.5 million roubles for additional funds. The Russian Federation has also allocated additional funds.

The Ministry of Sport of the Russian Federation will analyse the proposals made by the regions during the joint meeting of the regional organizing committees for the preparation and holding of the 2023 World Championships in the field of hockey and conduct further working consultations on these issues, as well as those tasks given at the meeting of the Federal Organizing Committee under the leadership of the Deputy Chairman of the Government of the Russian Federation Dmitry Chernyshenko.

Limak Marash group of companies, confirming its reputation as a reliable general contractor, satisfies its obligations to customers on time, who are satisfied with it, trust us again to implement their projects. 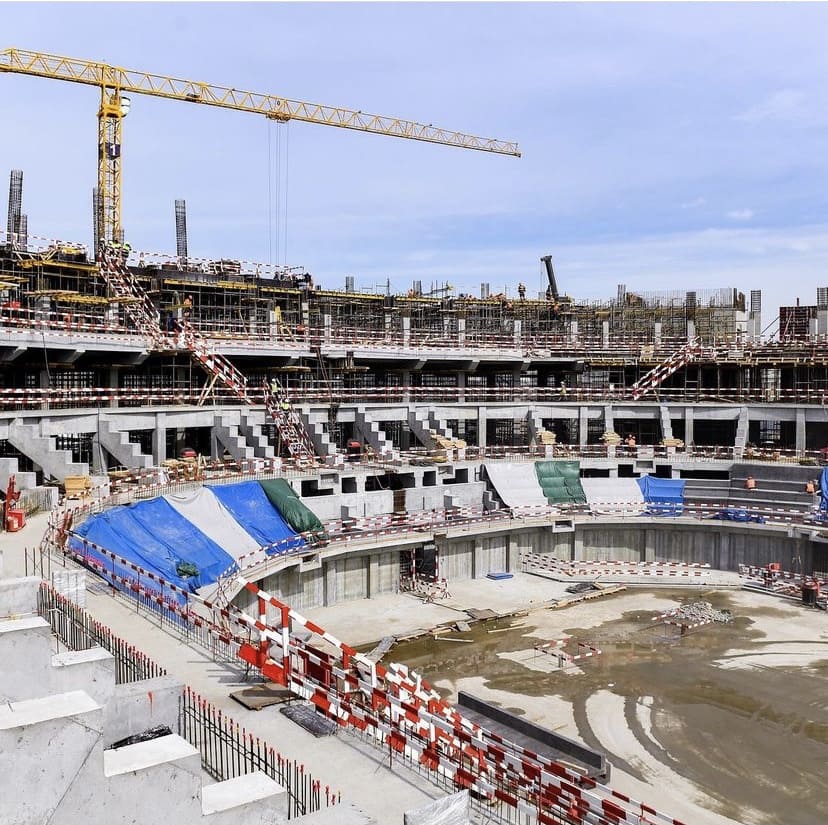